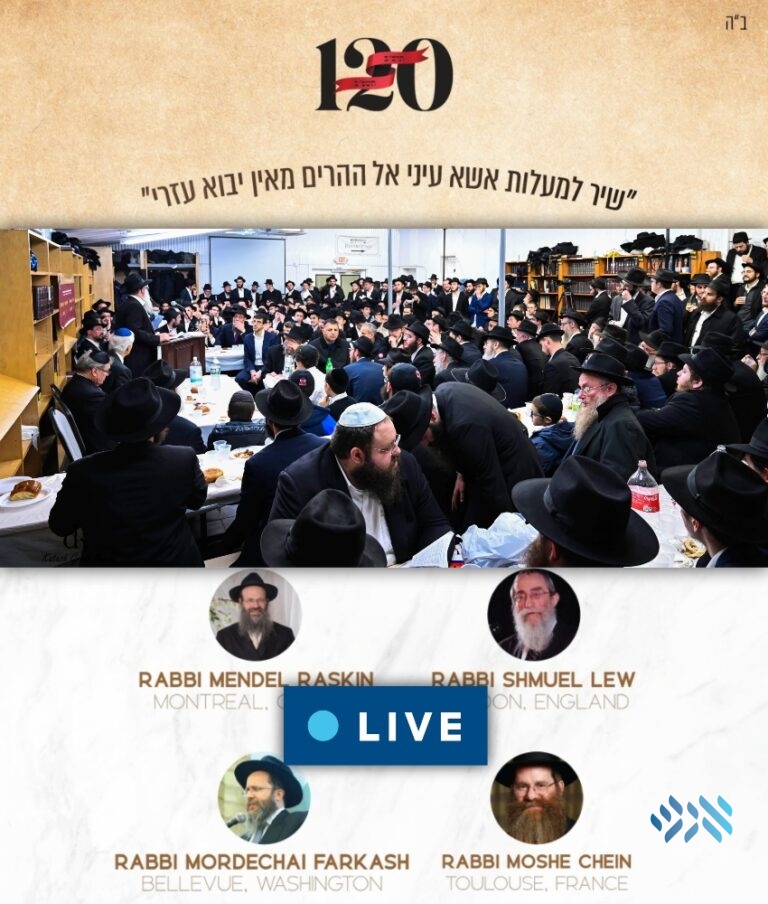 Join Live at 8:30 PM ET: A farbrengen celebrating the Rebbe’s 120th birthday will broadcast live from the Rebbe’s Ohel, addressed by prominent Shluchim and Mashpi’im.

A farbrengen celebrating the Rebbe’s 120th birthday will take place Monday night at the Rebbe’s Ohel, addressed by prominent Shluchim and Mashpi’im.

The program will begin with a public viewing of a video of Yud Alef Nissan farbrengen 5742 at 6:00 PM, Maariv at 8:00 PM, followed by a chassidishe farbrengen at 8:30 PM.

Due to the expected overflow of Chassidim tonight at the Ohel, special tents were erected near the Ohel to host Farbrengens for Bochurim.

Bochurim are encouraged to join these Farbrengens near the Ohel, which will allow them to sit comfortably and hear a vort from notable Mashpiim throughout the night.

The farbrengen will also stream live on Anash.org.