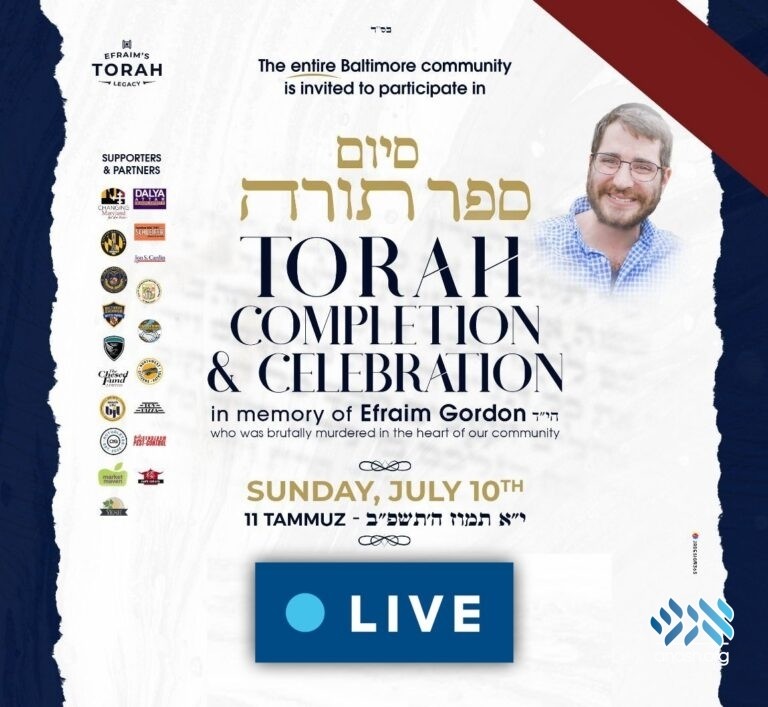 Join Live at 2:30 PM: A new Sefer Torah will be completed in Baltimore on Sunday in memory of Efraim Gordon HY”D, who was brutally murdered in their neighborhood.

A new Sefer Torah will be completed in Baltimore on Sunday in memory of Efraim Gordon HY”D, who was brutally murdered last year while he was visiting from Eretz Yisroel.

The final letters will be inscribed on Fords Lane, exactly where Efraim’s life was tragically taken from him. The procession will continue up Park Heights Ave until Shaarei Zion.

Many Rabbanim and elected officials will be in attendance, including Rabbi Hopfer and many leading Rabbanim, Congressmen Mfume, Deputy Secretary of State Luis Borunda, Mayor Scott, and many others.

The entire Baltimore community is invited to join in creating Efraim’s legacy and take a strong, united stand that shows our elected officials that we won’t tolerate such crimes on our streets!

Thank you to our sponsors and supporters that helped make this possible.

Parking is available at Bnos Yisroel and Shaarei Zion.