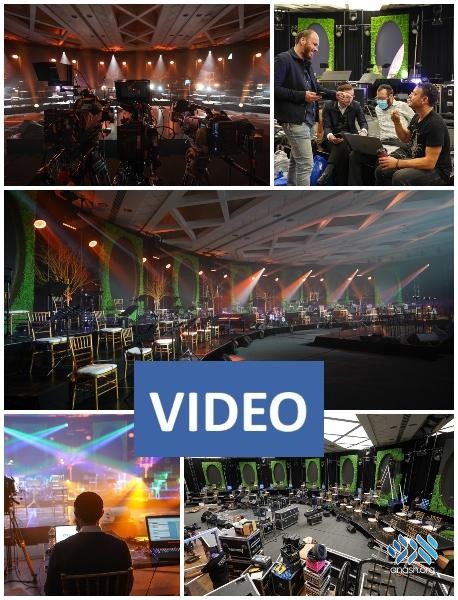 Tonight, at 6:30 PM, tune into the most exhilarating event that Jewish entertainment has ever seen, featuring Avraham Fried accompanied by the 60 piece Freilich Philharmonic Orchestra, Shulem Lemmer, Eli Marcus, the Shira Choir, and inspiration from Rabbi YY Jacobson.

Tonight at 6:30 PM the Tenathon will commence!

The Mega event will be live streamed, free of charge, around the globe, for everyone to enjoy!

For the first time ever in the USA, Avraham Fried will appear on stage accompanied by the 60 piece Freilich Philharmonic Orchestra that will be conducted by Fried’s musical director Yuval Stupel. Stupel, who was flown in from Israel, has been arranging musical numbers filled with classics and new surprises with musicians from both Israel and the United States.

They will be joined by surprise performers who will electrify the stage and delight the audience.

Throughout the course of the evening Rabbi Y.Y. Jacobson and Charlie Harary will illuminate the stage and uplift the audience with profound words of inspiration.

Many performers will be performing from multiple stages, to create a tremendous visual effect that has, until tonight, never been attempted.

The Tenathon’s executive producer, Davidi Crombie relates “The past three months have been an exhilarating whirlwind as we attempted to put together the most entertaining, professional and exciting event that Jewish entertainment has ever seen. And now, thanks to the efforts of my incredible production team, I think we will have succeeded!”

It is the event of the year, and you do not want to miss it!

Throughout the evening, there will be the live drawing of the winners of the Ten Yad Auction.

It isn’t too late to purchase your tickets to win one of nearly 80 incredible prizes!

Tune in, tonight, at 6:30 PM, to participate in the Tenathon and to find out if you are a lucky winner!