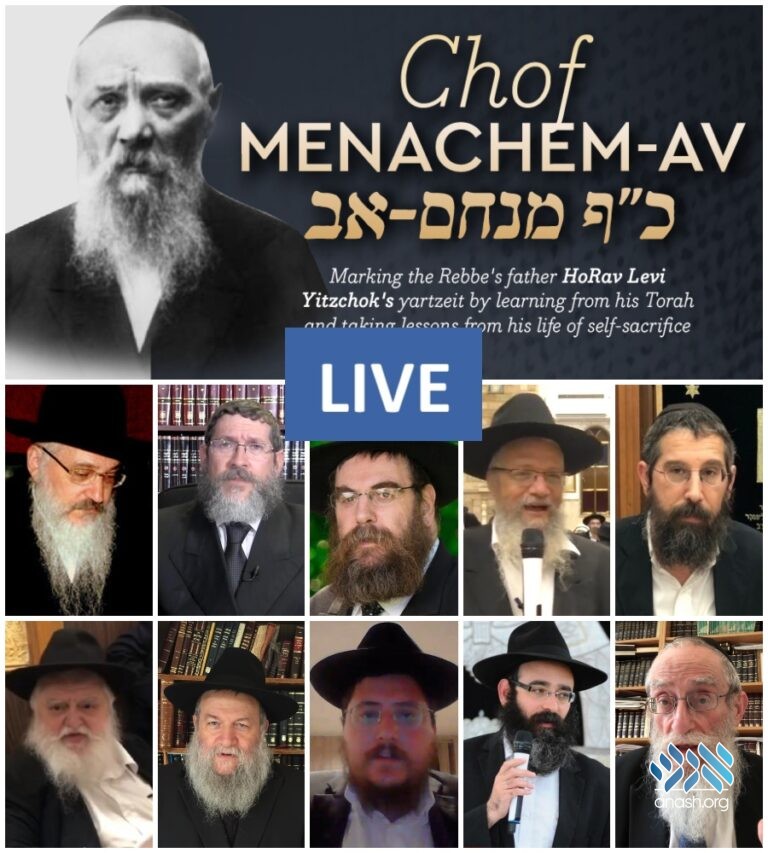 Join Live at 7:00 PM ET: The English segment of Vaad Or Vechom’s Chof Av broadcast will feature speakers on the life and works of Harav Levi Yitzchak, followed by a farbrengen with Rabbis Shlomo Zarchi, Nochum Kaplan and Zushe Winner.

In honor of Chof Av, yahrtzeit of the Rebbe’s holy father, HaRav Levi Yitzchok, Vaad Or Vechom Hahiskashrus will be hosting two multi-faceted online programs this evening. The webinars will include in-depth shiurim, captivating addresses, and a chassidishe farbrengen.

The for English speakers, will take place at 7 pm EST.

During the last hour of the English program, a farbrengen near the Rebbe’s Ohel will be broadcast addressed by Rabbis Shlomo Zarchi, Nochum Kaplan and Zushe Winner.

Watch a replay of the Hebrew program: