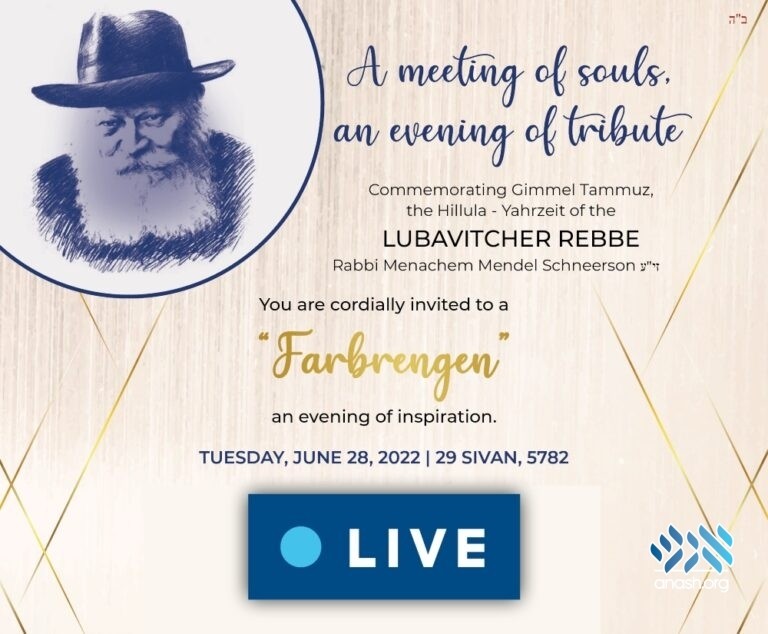 Join live at 7:00 PM ET: Shluchim from around New York will gather with their communities at the Rebbe’s Ohel for a special farbrengen in honor of Gimmel Tammuz.

Shluchim from around New York will gather with their communities at the Rebbe’s Ohel tonight, Tuesday, for a special farbrengen in honor of Gimmel Tammuz, organized by the Lubavitch Youth Organization.

“These days are special days of hiskashrus – connection to the Rebbe, and days of blessing. As such, we encourage everyone who can to participate in this special farbrengen,” organizers said.

Guest speakers will include Rabbi Efraim Mintz, Executive Director of the Rohr Jewish Learning Institute, who will speak about the Rebbe’s continued impact on world Jewry, and Mr. Abraham Biderman, former Commissioner of Finance and Housing Commissioner, City of New York, who will tell of his personal audiences with the Rebbe and the personal directives he received from the Rebbe.

Mr. Biderman has been one of the most active Jewish leaders for many years and has been involved in many important endeavors on behalf of the Jewish community, and will share some fascinating insights from his connection with the Rebbe over his decades of communal activity.

“As the world approaches Gimmel Tammuz and we all endeavor to strengthen our connection to the Rebbe strengthens, we invite the greater Jewish community to participate in this special farbrengen and to be inspired,” organizers said.