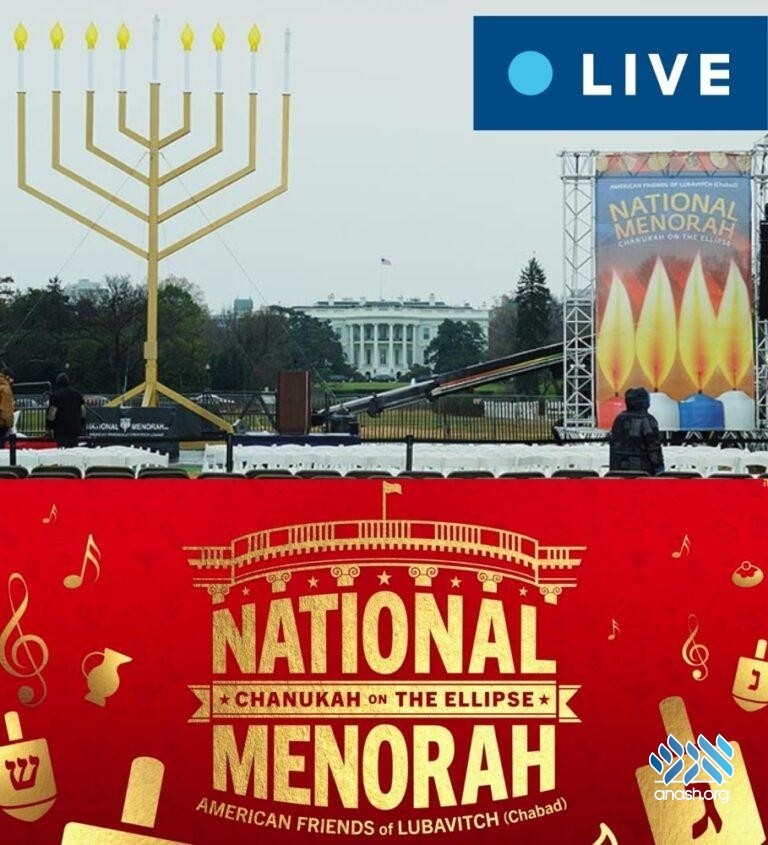 Join Live at 4:00 PM ET: The National Chanukah Menorah located on the Ellipse at the White House in Washington D.C. will be lit in a ceremony featuring the United States Navy Band and The Three Cantors.

Join the live broadcast of the lighting ceremony of the National Chanukah Menorah located on the Ellipse at the White House in Washington D.C.

Hailed by international media as “the most prominent public Chanukah event in the world” the annual lighting ceremony of the National Chanukah Menorah, on the Ellipse, just across from the White House, helps launch and strengthen the celebration of “Chanukah – Festival of Lights” in all 50 states and over 100 countries globally.

This lighting of the world’s largest menorah is viewed by tens of millions across the nation and around the world via news broadcasts and other media, many of them hundreds of miles from any Jewish community, which makes it very difficult for them to otherwise celebrate and enjoy Chanukah properly.

Prominent guests including the President, Vice President, members of the Cabinet, Congress and the diplomatic corps, as well as numerous senior Administration officials and international dignitaries and celebrities, have all attended and participated in annual lighting ceremonies of the National Menorah since it was first lit in 1979.