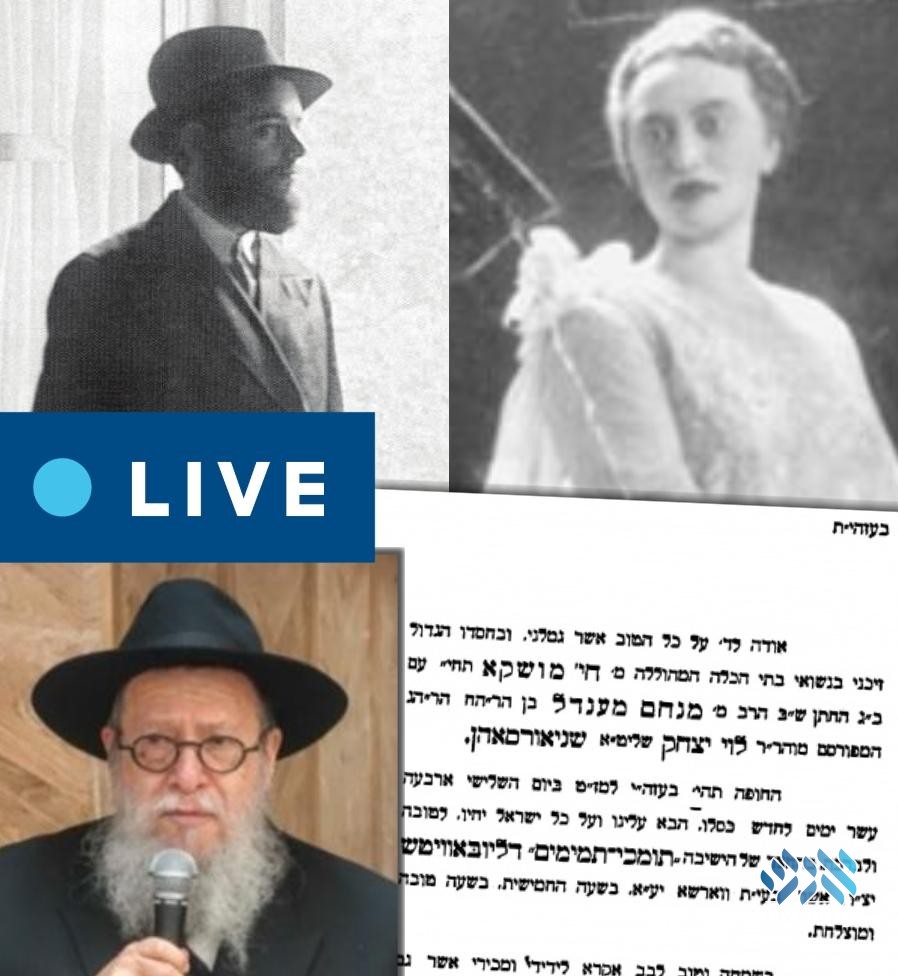 Watch a replay: Rabbi Nosson Gurary, whose father Rabbi Zalman Gurary merited to attend the Rebbe and Rebbetzin’s chassuna, retells memories shared by his father of that momentous day.

In honor of the anniversary of the Rebbe and Rebbetzin‘s chassuna on Yud Daled Kislev, Igud Yeshivos has arranged a special program for Bochurim and Anash to hear memories of the momentous day about which the Rebbe said “It was the day that connected me to you, and you to me.”

The program will feature Rabbi Nosson Gurary, longtime shliach to Buffalo, New York. Rabbi Gurary’s father, Rabbi Zalman Gurary, merited to personally attend the chassuna, and for decades would relate memories of the royal event. In fact, even some of the minhagim that were done by the chassuna were noted by Rabbi Zalman Gurary, and his family keeps them until today.

Rabbi Nosson Gurary will retell some of the memories that his father related of the grand chassuna, allowing chassidim to relive the chassuna as we approach the special day of Yud Daled Kislev.