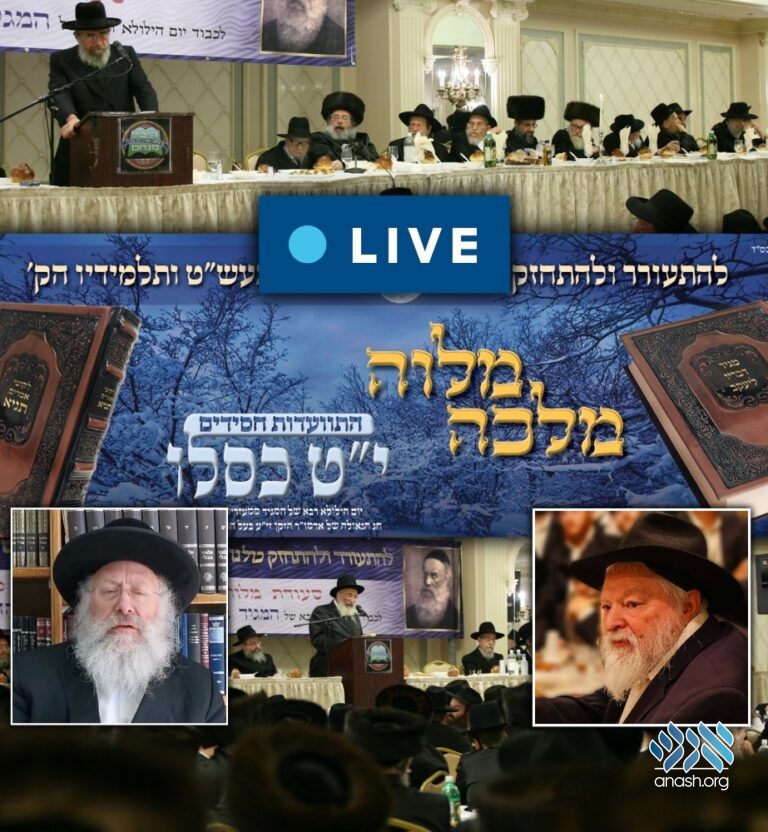 Hundreds of Yidden from across Boro Park will gather tonight for Heichel Menachem’s 25th annual Melave Malka, for an evening of inspiration and to be strengthened in the learning of the teachings of the Baal Shem Tov and of Chassidus Chabad.

The farbrengen will be held in Ohr Hachaim Viznitz Hall on Motzei Shabbos Parshas Vayishlach. This year’s featured guest is Rabbi Yitzchak Isaac Landau, Chief Rabbi of Bnei Brak who will also lead a farbrengen after bentching. Other speaker will be, Rabbi Leibel Altein, Yosheiv Rosh of Heichel Menachem, and Rabbi Avraham Chaim Steinwurtzel; Rav of Mateh Efraim and Rosh Yeshivas Shaarei Yosher.

Since the Melave Malka’s inception in 5757, world-renowned Mashpi’im and Rabbonim from within and outside of Chabad have attended and spoken at the annual event. Reb Yoel Kahn a”h would address the crowd and lead a farbrengen following bentching, that would last deep into the night.

This year, for the first time ever, those who are unable to attend in person will be able to watch the farbrengen as it is streamed live on Anash.org.