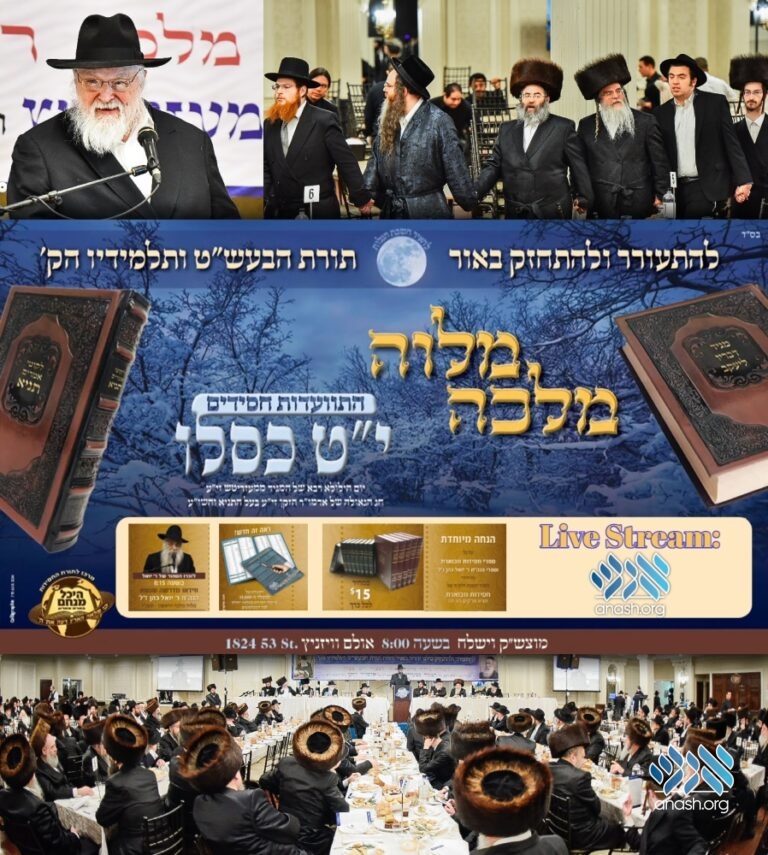 Hundreds of Yidden from across Boro Park will gather tonight for Heichel Menachem’s 26th annual Melave Malka, for an evening of inspiration and to be strengthened in the learning of the teachings of the Baal Shem Tov and of Chassidus Chabad.

The annual event attracts between 1,000 and 1,500 people in the neighborhood, and is focuses on being mechazek participants in the learning of Chassidus for the entire year.

One of the highlights of the yearly Melave Malka is a video from the Rebbe’s farbrengen that is specially selected by Heichel Menachem for the event.

A live stream will be hosted by Anash.org, allowing anyone who so desires to join the special program from wherever they may find themselves.