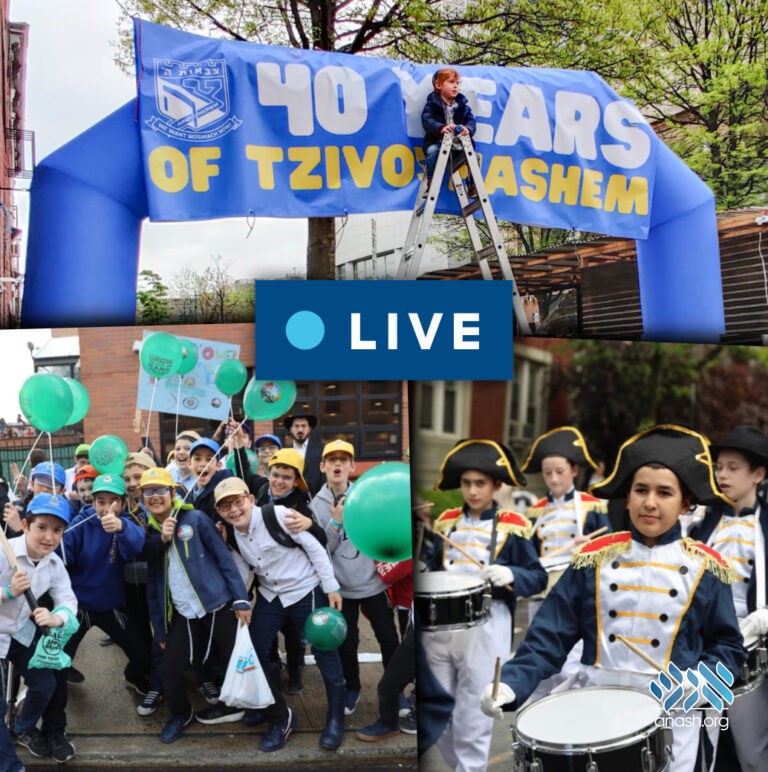 Join Live as Crown Heights celebrates Lag B’omer with a Grand March, followed by a rally in front of 770.

With only one day left to the grand Lag B’omer March and Rally, final preparations are being made across Crown Heights.

In schools, marching bands are practicing for their performance, and Tzivos Hashem coordinators are preparing thousands of caps, sweaters, balloons and special gifts for each child.

The Lag B’omer March will be attended by 14 schools with thousands of children from Crown Heights and neighboring areas. Each school will be marching from their school building or designated location, heading towards Kingston Avenue. As they get closer to 770, the smaller marches will be merging, eventually having all 4,000 children meet on President St. and Kingston Ave.

The Lag B’omer March will be streamed live on Friday at Anash.org, starting at 9:30 AM, followed by a live stream of the rally at 10:30 AM.