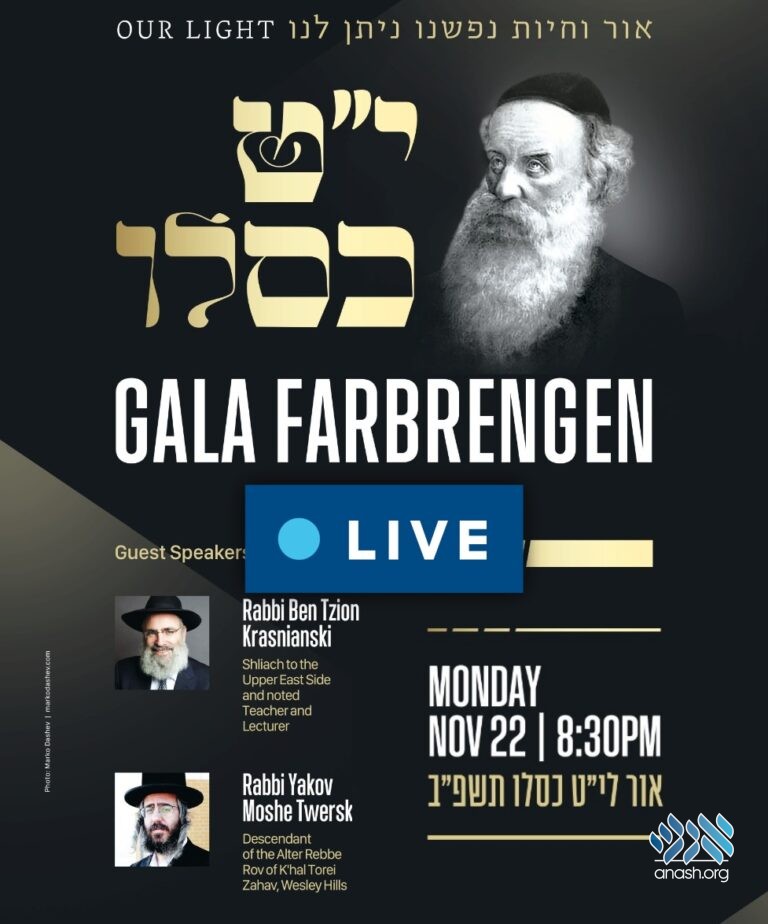 The farbrengen, which will take place at the Vizhnitz Girls’ School Hall at 1 School Terrace in Monsey, will feature Rabbi Benzion Krasnjanski, shliach to the Upper East Side of Manhattan and noted lecturer. The farbrengen will also be addressed by Rabbi Yakov Moshe Twerski, rov of K’hal Torei Zahav in Wesley Hills and son of the Hornosteipler Rebbe of Milwaukee. Rabbi Twerski is also a descendant of the the Alter Rebbe, ba’al hasimchah VeHageulah.

The program will begin at 8:30pm and will feature live musical accompaniment, as well a choir of local Anash singing many of the Alter Rebbe’s niggunim.

A special teshurah will be distributed to all attendees.

A live stream of the event will be featured on Anash.org to allow chassidim from around the world to participate as well.

The farbrengen is the work of many yungeleit and local shuls and mosdos who worked together and pooled resources so that the event will be a source of kavod to Lubavitch and nachas to our Rebbe, b’ezras Hashem.