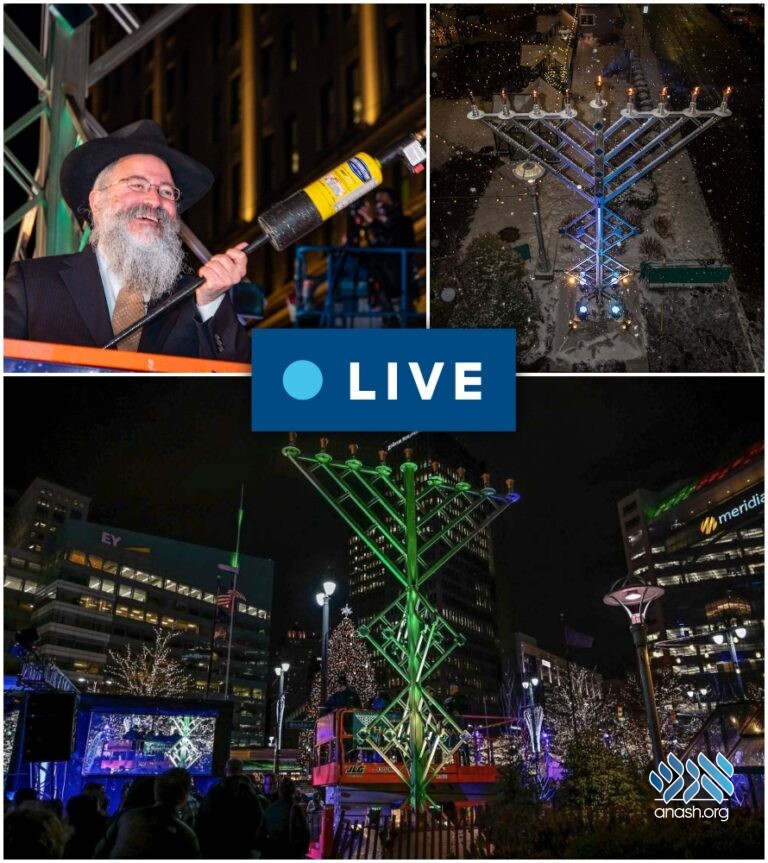 Join Live at 5:00 PM ET: The annual “Menorah in the D” celebration in Detroit’s downtown will pay tribute to a hometown miracle on Sunday night, when it honors journalist Danny Fenster, who was recently released from prison in Myanmar.

Chabad-Lubavitch’s annual “Menorah in the D” Chanukah celebration in Detroit’s downtown will pay tribute to a hometown miracle on Sunday night, the first night of Chanukah, when it honors journalist Danny Fenster, who was recently released from prison in Myanmar.

Fenster, a Detroit native, was sentenced to 11 years in prison following his detention at Myanmar’s Yangon international airport in May. The editor of the online media outlet Frontier Myanmar was charged with breaching unlawful association, encouraging dissent against the military and was set to stand trial on additional charges of sedition and terrorism, which carry a maximum sentence of life in prison. Fenster, 37, was one of dozens of local journalists detained after a military coup in February.

Myanmar’s government unexpectedly released him on Nov. 15, citing “humanitarian reasons.” It was a joyous moment for Fenster’s community in Detroit, says Rabbi Kasriel Shemtov, co-director of Chabad’s The Shul in Detroit’s West Bloomfield neighborhood with his wife, Itty. “We were following the case closely and praying for Danny,” Shemtov told Chabad.org. “Danny experienced his own Chanukah miracle, and the Detroit community is overjoyed to welcome his home.”

Shemtov has chosen to honor Fenster at the annual Chanukah celebration downtown that attracts more than 3,000 people as part of the lamplighter ceremony, in which eight honorees pass a torch one to another before igniting the menorah. Fenster will be the final lamplighter, handing the torch to community leader Gary Torgo, who will kindle the first light of Chanukah on Sunday, Nov. 28. The event will be livestreamed on Chabad.org.

Organizers had planned on dedicating a light to Fenster as he languished in prison, “but then the miracle happened,” notes Shemtov. “Danny will show us how light overcomes darkness and gives way to hope.”

In a statement to Chabad.org, Fenster said he is “completely overwhelmed by the love and support I’ve received from my home community over the last several months. I always understood that something was happening back home—that my name was popping up in so many people’s prayers—but I had no idea of the extent of that support until I came home and saw it with my own eyes. The mission is to take the light of this community, which got me over to the other side, and to spread it to others still struggling, so they can get over, too.”