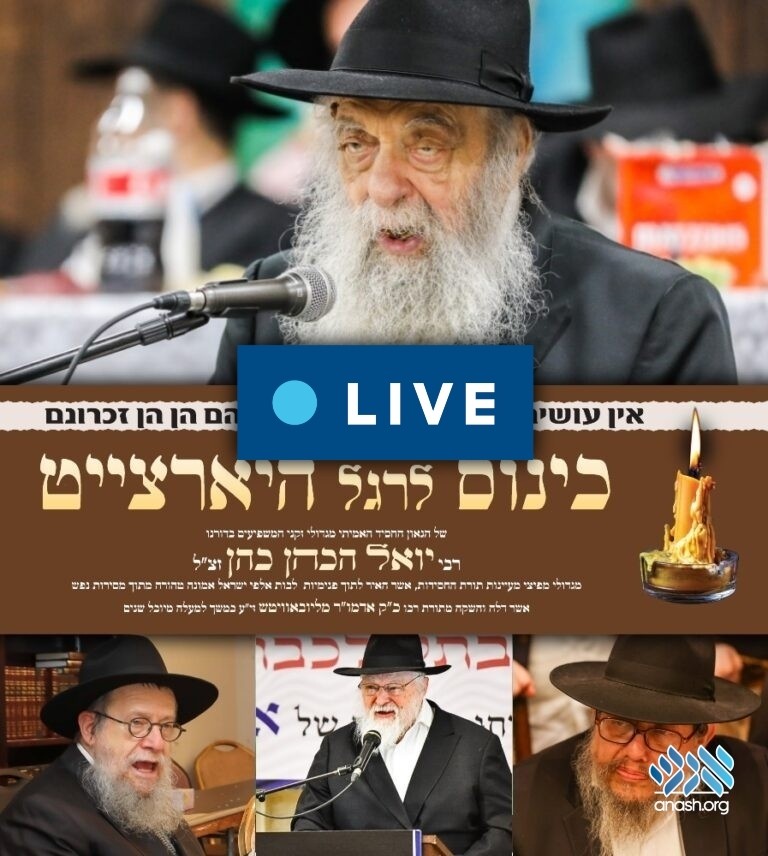 Join Live at 9:00 PM ET: A special kinus hisorerous and evening of Chassidus study will mark the yahrzeit of Reb Yoel Kahn a”h, the Rebbe’s chozer and foremost teacher of Chassidus in the generation.

A special kinus hisorerous and evening of Chassidus study will mark the yahrzeit of Reb Yoel Kahn a”h, the Rebbe’s chozer and foremost teacher of Chassidus in the generation.

For decades, Reb Yoel served as the Rebbe’s chief chozer and maniach. Starting from the Rebbe’s first farbrengen, Reb Yoel, who was renowned for his phenomenal memory, would memorize the Rebbe’s sichos and maamorim. Following the farbrengen, usually held on Shabbos or Yom Tov when no recordings are allowed, Reb Yoel would hold a chazara, where the Rebbe’s words would be repeated and transcribed. As a maniach, he prepared the Rebbe’s edited ma’amorim and sections of Likkutei Sichos for publication. His magnum opus is Sefer HoErkim Chabad, an encyclopedia and analysis of Chassidus concepts.

In his role as the head mashpia of the Tomchei Temimim Yeshiva at 770, Reb Yoel guided thousands of students in the teachings of Chassidus. He also traveled far and wide to give shiurim in Chassidus and to farbreng. His audio recordings and books are used by many more around the world.

To mark his first yahrzeit, an event will be held at Heichal Menachem in Boro Park, where Reb Yoel spent countless hours giving shiurim and spreading the light of Chassidus. The event will memorialize his life and his work, which was totally given over to learning, teaching and spreading Chassidus.

Addressing the event will be Rabbi Sholom Charitonov, mashpia in Oholei Torah and close student and colleague of Reb Yoel. Reb Sholom will share stories and memories from Reb Yoel’s life and work over the decades they worked side-by-side.

A video presentation of a shiur by Reb Yoel will also be shown by the event.

The kinus hisorerous will stream live, exclusively on Anash.org, to allow the countless students of Reb Yoel to take part from afar.