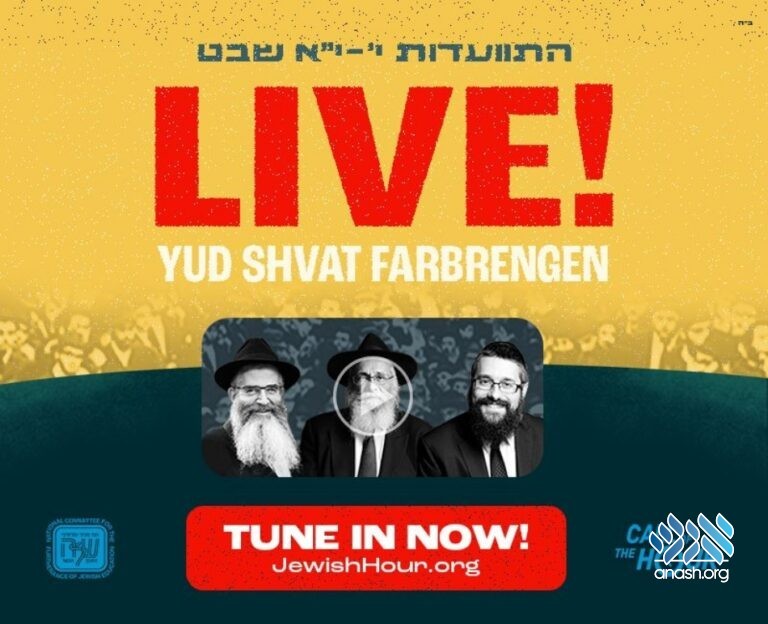 It’s time to celebrate the lives and legacies of both the Frierdiker Rebbe and our Rebbe.

The farbrengen will be filled to the brim with insightful dialogue, stories, and lessons that will inspire us and connect us to the Rebbe on this auspicious day.

What’s a farbrengen without Niggunim?

Woven throughout the evening will be beautiful and soulful niggunim masterfully played by famed pianist Yaron Gershovsky.

The farbrengen is hosted by NCFJE in support of Released Time’s fundraising campaign – The Call of the Hour.

Tune in to join a Farbrengen that will leave you uplifted, inspired and will strengthen your hiskashrus to our Rebbe.