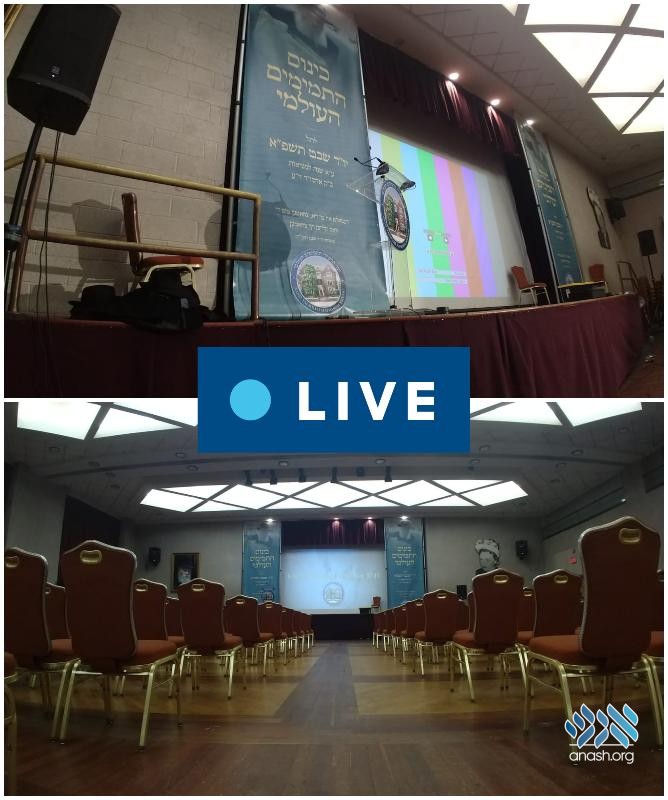 Join live at 9 pm: The 17th annual Kinus Hatmimim in Crown Heights, featuring 7 mashpiim on the Rebbe’s first farbrengen will be broadcast live on Anash.org.

The 17th annual Kinus Hatmimim at the Rosa hall in Beis Rivkah Lefferts. The program will go through the 70-year-old Farbrengen – Yud Shevat 5711, apart from each Sicha of the Farbrengen will be shown with 7 different Mashpiim speaking about on the Sicha shown and how it is relevant to each Bochur.

The program will begin at 9:00pm EST will be aired live here on Anash.org

Donate to the Yud Shevat programs at TheBochurim.com