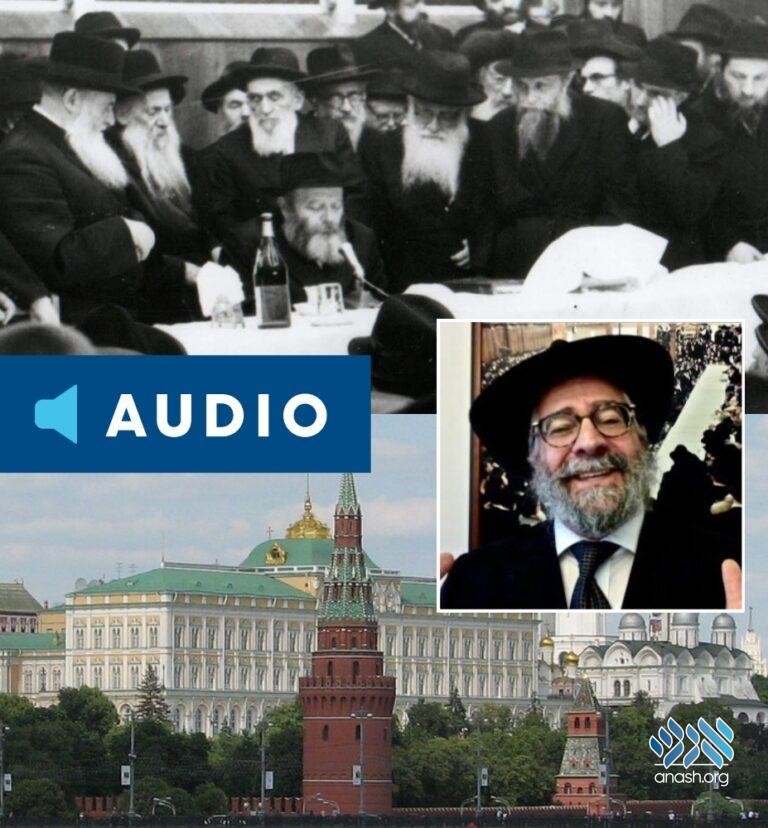 The early 1950s was a terrible time for Jews in the Soviet Union, a period filled with terror and dread. Then came a Purim Farbrengen that caused the end of their terrible suffering. Listen to master storyteller Rabbi Sholem Perl tell the story of a modern-day Purim miracle.

Then came a Purim Farbrengen with the Rebbe and a miracle happened that caused the end of their terrible suffering.

The early 1950s was a dreadful time for the Yidden in the Soviet Union. Soviet leader Joseph Stalin had sent many Yidden to prisons and labor camps just for spreading Yiddishkeit, and many of them were never heard of again.

Yidden around the world davened to Hashem for their release. Then came a Purim Farbrengen with the Rebbe and a miracle happened that caused the end of their terrible suffering.

Be transformed back in time and experience the exact moment of that miracle and how it was performed.

Visit www.RabbiPerlStories.com to hear more stories that capture the imagination of children of all ages, with theatrical drama, music, and sound effects, while teaching precious meaningful and timeless messages derived from the rich Chassidic tales of our past.

While our listeners experience the lives of Mesiras Nefesh and Emuna of the great Tzadikim, they are inspired and infused with Yiras Shamayim, Middos Tovos, Emuna and Bitachon, and a love for their Yiddishkeit practice.