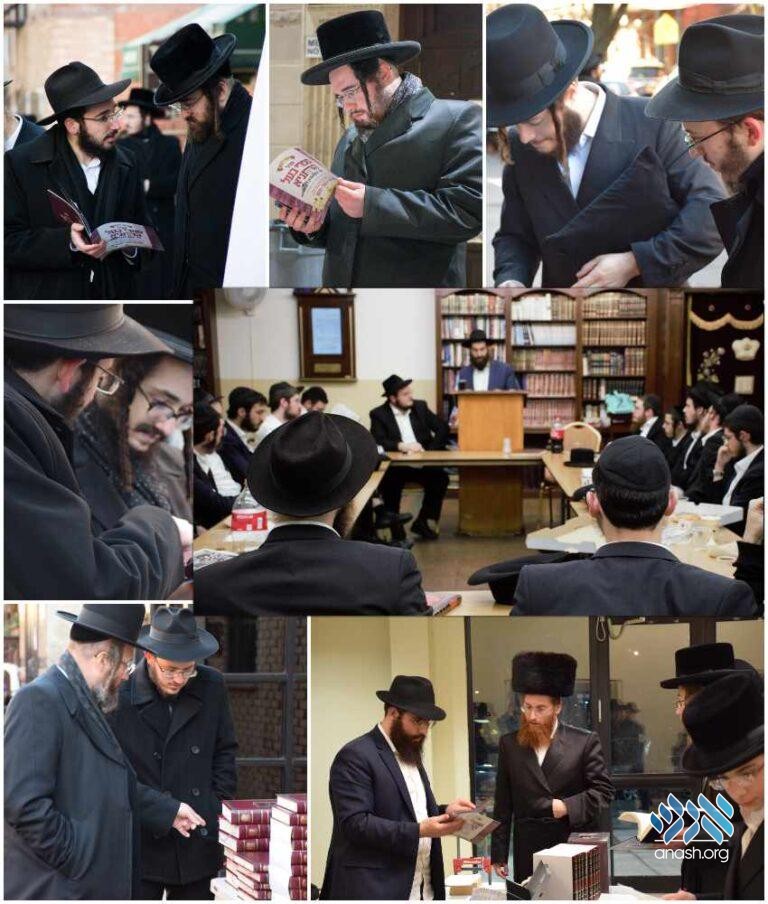 Yud Tes Kislev was celebrated throughout New York by enabling thousands of individuals to gain access to, and learn from, the Alter Rebbe’s Torah.

For the 13th year in a row, Machon Or HaChassidus has marked the day of Yud Tes Kislev with the facilitation of sales of Sifrei Chassidus throughout New York.

The sales contain many different Sefarim of the Alter Rebbe at unbeatable prices.

This year’s sale was met with a particular enthusiasm because the months of lockdown had made it difficult for eager customers to get their hands on the Sefarim that would nourish their souls and begin to quench their thirst for G-dliness.

Machon Or HaChassidus embarked on a tremendous advertising campaign, placing ads in all of the local newspapers and magazines and producing a magnificent catalog through which the beautiful Sefarim were displayed. The catalog alone was sent to 25,000 individuals.

Dozens of volunteers manned the sefarim stands that were set up in every frum neighborhood in New York: Williamsburg, Boro Park, Monroe, Lakewood and Staten Island.

In addition to the stands where people were able to purchase the books directly, a 24 hour hotline was set up through which people could order Sefarei Chassidus that would be delivered to them, free of charge!

Thousands of Sifrei Tanya, Shulchan Aruch HaRav, and Chassidus Mevueres were sold throughout the duration of the sale, more than any other year!

From this time of darkness came a literal increase in light!

Back at Machon Or HaChassidus headquarters in Crown Heights, the books are being systematically packaged and shipped so that all of the sefarim will arrive at the homes of their owners in time for Chanuka!