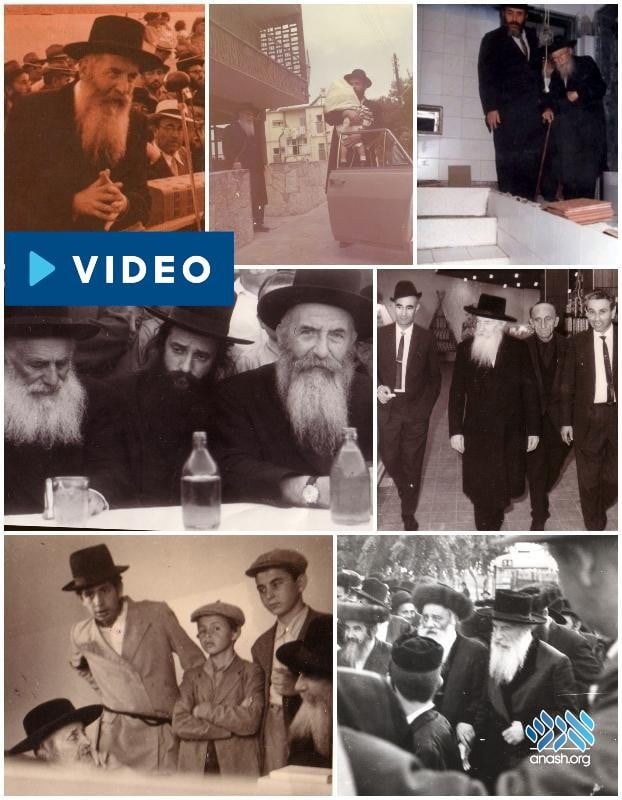 In honor of the 35th yahrtzeit of Harav Yaakov Landau, rov in the Rebbe Rashab’s house and later of Bnei Brak, we bring you a collection of rare photos of his life and rabbonus.

Harav Yaakov Landau was born in 5653 (1893) to a longtime Lubavitch family, in the town of Kurenitz where his father, R’ Moshe Yehuda Leib, was the rov. In 5668 (1908), he joined the original Tomchei Temimim yeshiva in the town of Lubavitch.

In Rostov, he was given a room in the Rebbe Rashab’s home and was appointed as the rov to whom all shailos of the Rebbe’s home were brought. He was active in constructing the famous mikvah of the Rebbe Rashab following the system of “bor al gabei bor.”

In 5690 (1930), he was married in Dvinsk by the Rogatchover Gaon, with whom he held a close relationship. He moved to Eretz Yisroel in 5695 (1935) and served as the rov of Bnei Brak for 50 years. He was known for his care and dedication and his inflexibility in matters of halacha.

To read about Rav Landau’s leadership, see “Principled And Dedicated, No Nonsense” by Rabbi Binyomin Cohen.