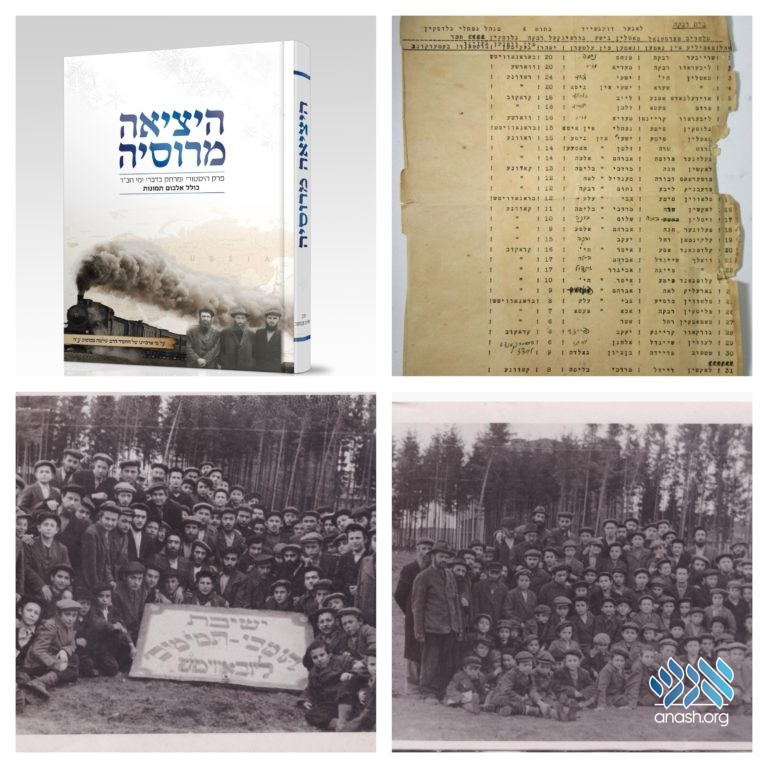 Hard to believe, even after seeing it.

Being that they officially left as Polish citizens, Polish towns and cities had to be “found” for them. So Liberow was from Warsaw, Futerfas from Kovno in Lithuania and the Shemtov family was now from Lodz, Poland. Cracow, Rovno, and Baranovitch also are prominent in the list.

All this is part of the fascinating read you’ll encounter in the new book by Schneur Zalman Berger and Rabbi Eli Matusov, recently arrived in the US. Previously unavailable information and one-of-a-kind photos and documents in the book has made it a sought-after item. Many of the descendants of those listed in the book also are keen to know what is brought about their ancestors.

We therefore attach herein a table of contents of all of the names listed in the book.