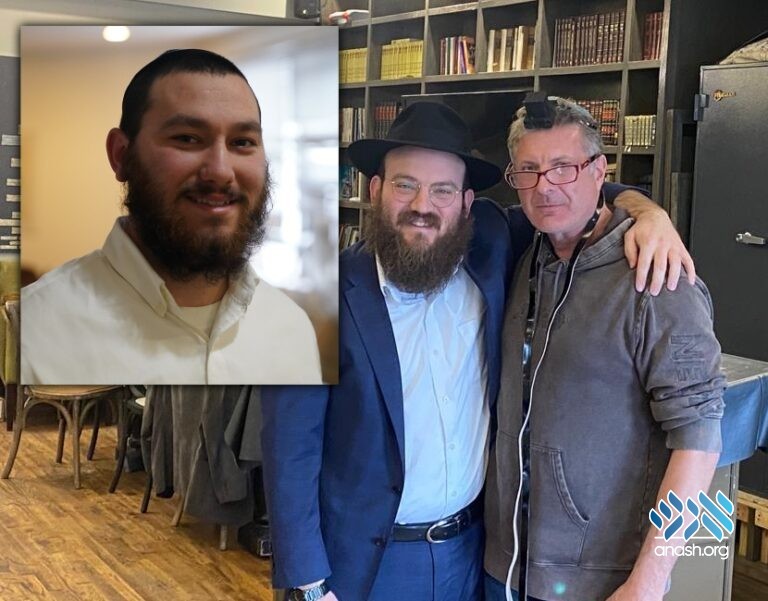 Rabbi Shmary Gurary pens a moving tribute to his dear friend Levi Kamensky who showed outstanding dedication to help another Jew perform a Mitzvah, and how that legacy continues after his tragic passing.

Like many others, I was very sad and pained to hear of Levi Kamensky‘s untimely passing a few weeks ago. Levi and I were friends for quite a few years and I cherish the friendship we had.

I would like to share with you a story that happened with Levi a few months ago, which illustrates how special he was and how that story resulted in a special mitzvah in his memory.

About a year ago, I invited Levi for Shabbos dinner. At the dinner, there were many other people and among them a friend of mine by the name of Ted who is not (yet) fully observant.

Many Dvar Torahs and lively discussions ensued. After Shabbos, Ted mentioned to me how inspired he was by Levi. He expressed a desire to study more Torah and wanted Levi (they sat next to each other during the shabbos dinner) to be his teacher. So, I put them in touch and Levi started going to Ted’s house every Sunday to teach him Torah.

One Sunday, in sub-zero weather, Levi rode his bike ( a 7-mile distance!) to Ted’s house, because Ted agreed to put on tefillin that day.

Levi was determined to help his fellow Jew even if it meant riding his bike in the freezing cold to get there.

After hearing about Levi’s passing, Ted agreed to get his own pair of tefillin and to put them on regularly in memory and leului nishmas Levi Yitzchok ben Yibodel Lechaim Toivim Aruchim Moshe Yisroel.

Please consider taking upon yourself a mitzvah Liliuy Nishmas Levi, who fulfilled his life’s mission in the short time that he was with us.

May we merit the coming of Moshiach Now!