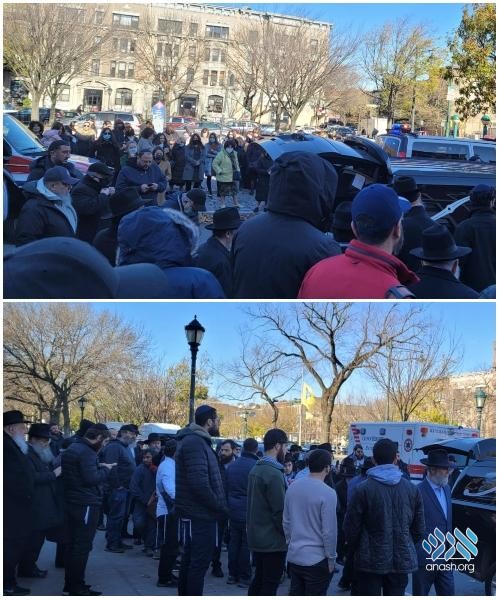 The levaya of Mrs. Rochel Sirota, a longtime Crown Heights resident and matriarch of a large Chabad family, passed by 770 on Monday morning.

The levaya of Mrs. Rochel Sirota, a longtime Crown Heights resident and matriarch of a large Chabad family, passed by 770 on Monday morning.

Born in 1928 to Chaim Mordechai Shloima and Beila Kozofsky A”H in the city of Gomel, Belarus, Esther Rochel’s warm and caring nature impacted all who met her. In 1954 after escaping the Germans, her family settled in Tashkent, where she met her husband, R’ Reuven Sirota A”H and together, with mesiras nefesh, they raised a frum family dedicated to Chassidus in the Former Soviet Union.

In 1971 they emigrated to Israel and under the direction of the Rebbe, moved to Crown Heights several years later. Their home on Empire Blvd was open to many guests throughout the year, who all benefited from her warmth and kindness.

Always dedicated to her family, she spent hours each day davening and saying Tehillim for each of her children and grandchildren. Her trademarks of humor, passion for Tefilah and yearning for the geulah made an impression on all who knew her.