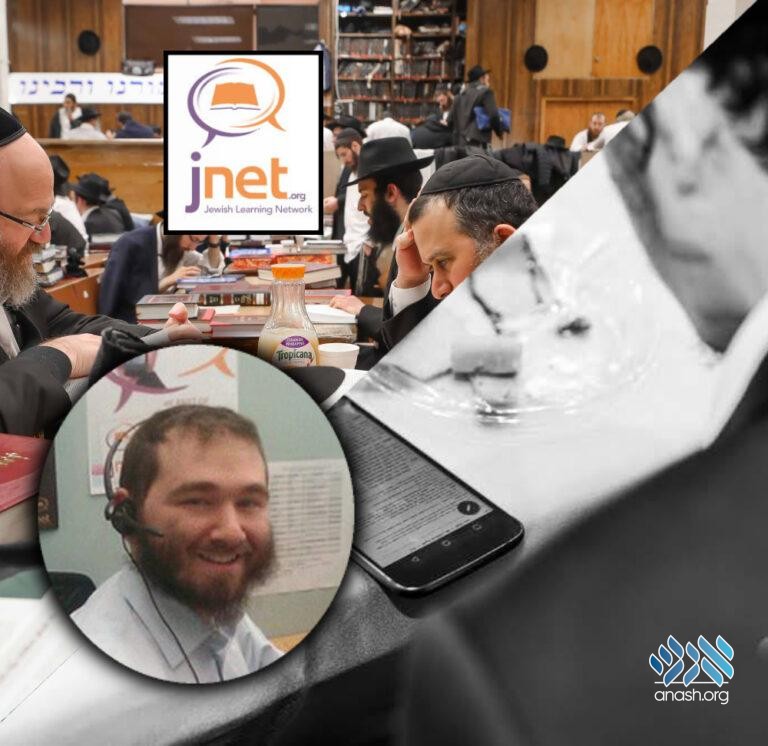 An ambitious global campaign is being launched on Thursday to mark the shloshim of JNet founder Rabbi Yudi Dukes: 1,800 new chavrusos beginning in his memory.

When Rabbi Yehuda (“Yudi”) Dukes, passed away last month at 39, the world at large, and more specifically, the world of Torah learners, lost a shining light. A pioneering online teacher and director of JNet, the organization that connects Jews around the world in Torah study, Rabbi Dukes was—among other things—responsible for personally connecting thousands of people to the sweet, holy words of Torah. As recounted by so many, he lived and breathed his calling to connect Jews with each other in the study of Torah by way of connecting people with phone chavrutas, or study partners, for weekly Torah-study sessions.

To mark the 30-day point since his passing, known as the shloshim, organizers at Merkos Suite 302, the organization under which JNet operates, are launching a global campaign at a memorial event to be broadcast on Chabad.org/Video and on Anash.org on Thursday, Feb. 19, at 8 p.m. ET to carry on the torch that defined Rabbi Dukes’s very life: more Torah-study partners—1,800 of them, to be exact.

“Yes, it is an ambitious number,” said Rabbi Mendy Kotlarsky, executive director of Merkos Suite 302, “but it is eminently doable.”

Organizers stress that the primary goal is to increase Torah study. Whether it’s using the JNet website to find a new chavruta match or just registering a new commitment with a friend in their registry—no matter. What counts is that the legacy of this positive person with a perpetual smile will carry on.

To bring their campaign to a global audience, family and friends of Dukes have partnered with Chabad.org to broadcast the campaign launch live. In addition to announcing the new initiative to tack on thousands of new chavrutas, the event will feature people talking about Dukes’s life and his passion for JNet.

His harrowing yet tenacious battle with COVID-19 will be recounted for all to appreciate just how much this one young rabbi stared death and suffering in the face, yet for as long as he lived, refused to yield to it.

Indeed, Rabbi Dukes and his wife, Sarah, remained an inspiration throughout his entire ordeal. After contracting the virus in March, Dukes was hospitalized and spent months in a coma. Even as his voice had been silenced and a ventilator—and later, an ECMO machine worked to keep him alive—they inspired a movement of people doing good deeds in the merit of his recovery.

After valiantly battling the initial infection and the various complications that resulted for months, Dukes eventually recovered enough to return home. His return home after 242 days in the hospital was widely celebrated, but not long afterward, he returned to the hospital with further complications.

He returned his soul to His maker on the Hebrew date of 8 Shevat. It is now up to others to pick up where he left off, ensuring that the work he put in only snowballs further into thousands more people sitting down to study Torah together.