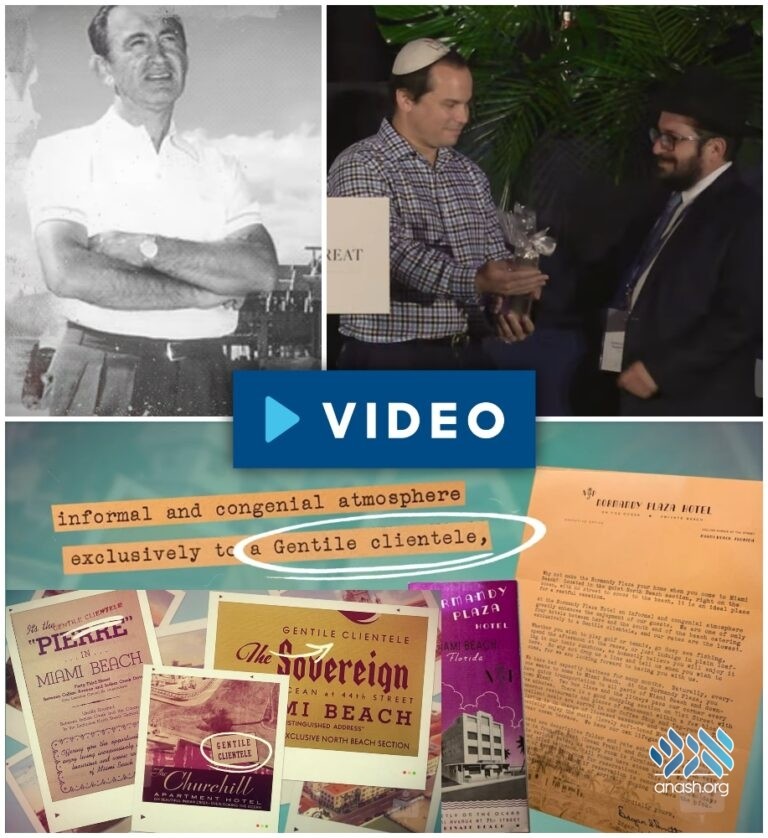 Back in the 1930s, Miami hotels proudly excluded Jews, so Jewish real estate developer Alfred Kaskel decided to build a resort of his own. His story came full circle this week at the very resort he founded.

Alfred Kaskel immigrated to America in the twenties, fleeing World War I when it came to his family’s small farm in Poland. He settled on Coney Island with his wife, Doris, and opened a building supply store. With lots of hard work, he saved up, built apartment buildings, and steadily grew his family’s holdings. By thirty years old, he was a millionaire and one of the most respected builders in the city.

Like many Jews of his age, Alfred was an avid golfer. But along with his fellow Jews, he was excluded from nearly every golf course in America. In the 1950s, Mr. Kaskel decided to do something about it. He purchased 2,400 acres of swampland west of Miami for less than $50,000 and opened his own hotel and country club. Alfred’s favorite part? Three breathtaking golf courses. They called it the Doral, a combination of their names, Doris and Alfred.

The resort quickly filled up with Jewish clientele who were still unwelcome elsewhere. The experience they had was luxurious and beautiful. And Alfred Kaskel cemented a reputation for being the man who “let his people golf.”

This year, the National Jewish Retreat brought Alfred and Doris’s story full circle. The city of Doral, which once played host to the flocks of Jews hoping to emulate the culture of America’s elite, once again played host, this time to hundreds of proud Jews looking to immerse themselves in their heritage and celebrate their Judaism.

In a touching ceremony, the retreat welcomed Daniel Kaskel to the stage, grandson of Alfred and Doris Kaskel. Daniel was joined by Rabbi Avraham and Zelda Brashevitzky, the directors of Chabad of Doral, to whom he presented a special mezuzah to hang on their Chabad House doorway.