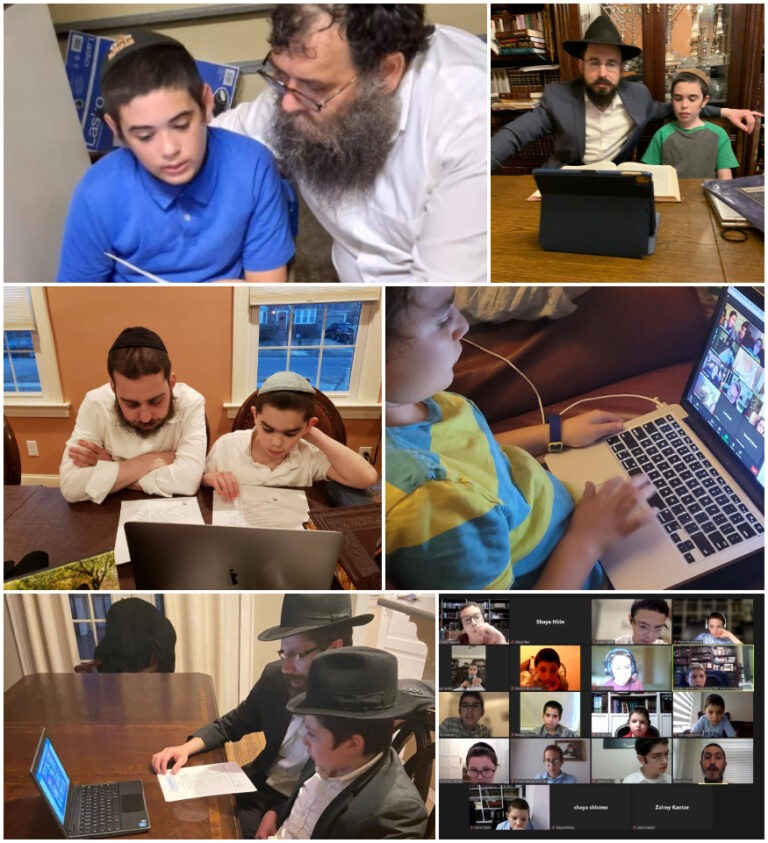 Yeshivas Erev has revolutionized chinuch for young shluchim living in areas without Lubavitch education opportunities. Due to the response, the program is being opened up to children of various backgrounds as well.

Yehoshua Mishulovin, a young shliach in Portland, Oregon, attends his local Jewish day school, which has limited Jewish studies. But every night, he logs on to the online Yeshivas Erev by MyShliach at Merkos 302, where he spends 45 minutes studying with fellow young shluchim from around the world, giving him the opportunity to broaden his studies and meet friends. So when he was asked what his favorite part of the day is, it was no surprise that he said, without hesitation, “Yeshivas Erev!”

With many shluchim not having a Lubavitcher school in their vicinity, many Yaldei Hashluchim miss out on the authentic Cheder experience. Others live in remote areas and may miss out on the friendly camaraderie amongst classmates that children growing up in a frum community take for granted. MyShliach’s Yeshivas Erev was created to provide a solution for both.

Now entering its third year, Yeshivas Erev was initially conceived after the summer of 2020, when MyShliach ran a highly successful virtual camp headed by Rabbi Yossi Elberg. Seeing the delighted young shluchim and hearing positive feedback from their parents served as an impetus to create a program that would continue throughout the entire year as well. And so, Yeshivas Erev was born.

Every night over 200 yaldei hashluchim log onto their accounts to join Yeshivas Erev. For some of the young boys, who spend much of their day in day school explaining basic concepts in Yiddishkeit to their classmates, this is a chance to finally be in the role of a student. For others, it fills in gaps in Limudei Kodesh, and for some, it serves as a time to learn with new friends.

Nosson Yaras from Rochester, New York, goes to a school that does not offer Chassidishe curriculums. Although he learns Chumash and Mishnayos, his parents felt he was still missing the Chassidishe atmosphere of a Lubavitcher Cheder. So when Yeshivas Erev launched, his parents signed him up right away. “It gives my son another hour every day to learn Torah, broaden his knowledge in Chassidus and spend time with Chassidishe role models and friends,” says Rabbi Asher Yaras. “My son used to see other shluchim on occasion, by the kinus, chidon, summer camp, etc., but now he sees his friends every evening for an hour. And the teacher Rabbi Moshe Nigri is an incredible Dugma Chaya for my son to emulate.”

“Seeing the children’s joy when they join Yeshivas Erev each evening is our biggest motivation to keep growing the program,” Rabbi Mendy Shanowitz, director of MyShliach said, “We can hardly count the number of times that a boy asked for Yeshivas Erev to take place more often, or to continue after the school year ends.”

Over the past three years, Yeshivas Erev grew rapidly, reaching eight complete classes in 3 time zones, with over 200 children, in just a short while. Each grade’s curriculum is custom-tailored for that age, offering age-appropriate study material, including Mishnayos and Sichos of the Rebbe on the upcoming special dates or yomim tovim.

This year, MyShliach decided to take Yeshivas Erev to the next step. The program, originally designed for young shluchim, is now being made available to any boy who wishes to join the nightly learning, no matter where he may live. In addition, the program, initially set to start after Sukkos, already began its first-semester last week due to high demand from parents and children.

For more information regarding or to sign up for MyShliach Yeshivas Erev, email [email protected] or visit myshliach.com/yeshivaserev