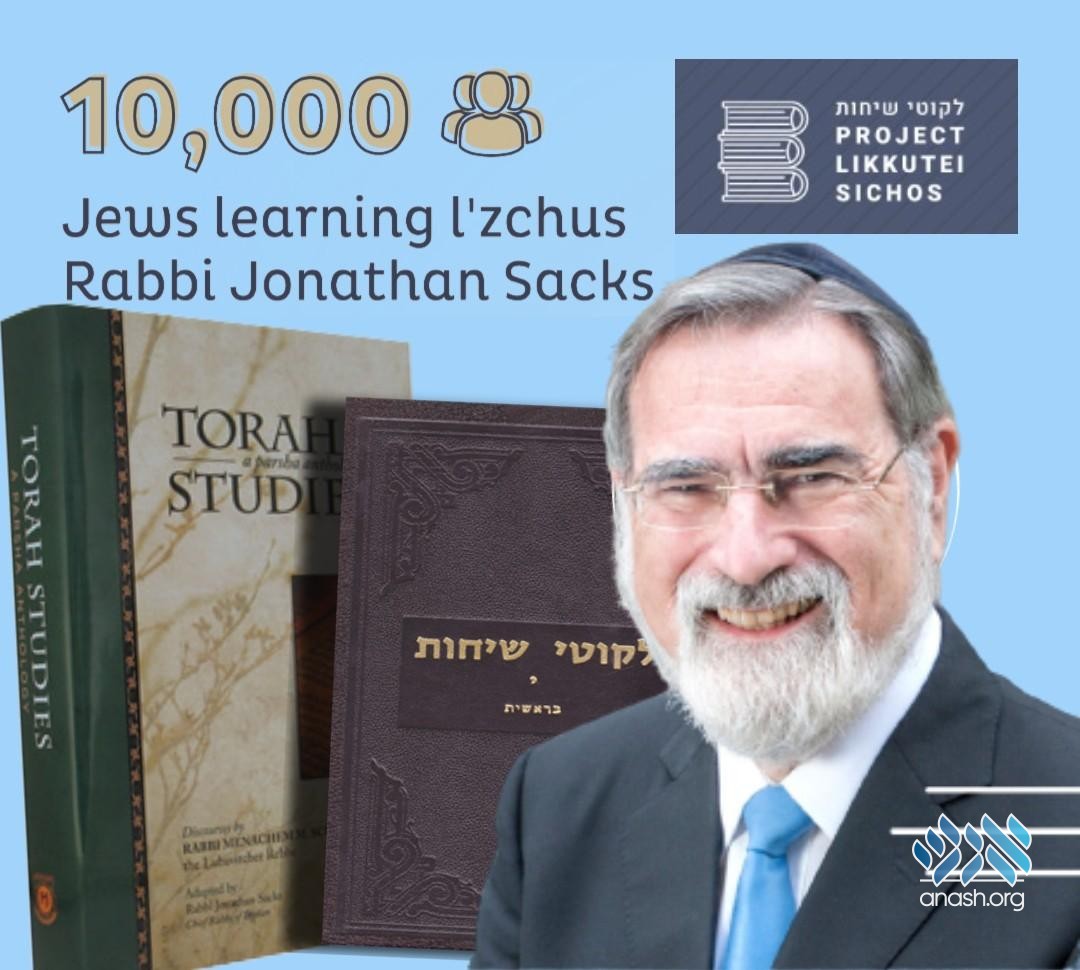 After Rabbi Jonathan Sacks was diagnosed with cancer, many individuals around the world began praying for his recovery. Project Likkutei Sichos also dedicated a special learning project in his merit.

Rabbi Lord Jonathan Sacks, former Chief Rabbi of Britain, and a prominent lecturer and author was recently diagnosed with cancer.

Rabbi Sacks merited to have a number life-changing meeting with the Rebbe, where the Rebbe encouraged him to enter the Rabbinate. Rabbi Sacks later said that it was the Rebbe who inspired him to be a leader, eventually leading him to become the Chief Rabbi of Britain.

The news of his diagnosis came as a great shock to his many students and admirers. Thousands around the world began davening for him as he received treatment from what his office described as “his excellent medical team.”

Chabad communities and organizations, many of who benefited from Rabbi Sacks’ writings, lectures and wisdom, also joined in the prayers and studies in his merits. Among the projects announced was a renewed focus on “Torah Studies” which Rabbi Sacks authored based on the Rebbe’s Sichos.

Chabad.org also launched a special web page dedicated to Rabbi Sacks’ essays, lectures and videos. On the page, one can sign up to receive the weekly essay from Torah Studies via email, read one of the hundreds of other articles by Rabbi Sacks, or watch his speech by the Kinnus Hashluchim or other occasions.