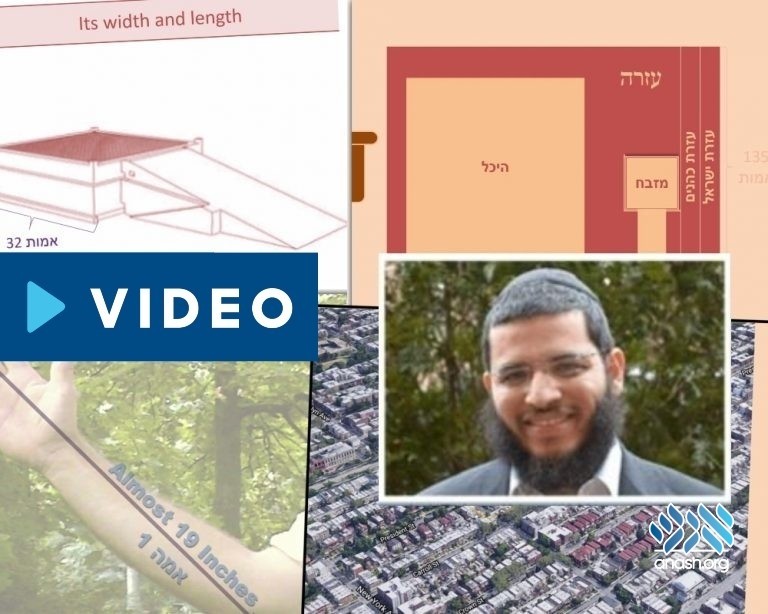 Crown Heights educator Rabbi Chananya Hoffinger has produced a series of short videos on the structure and laws of the Beis Hamikdash. Daily raffles will be held among those who watch and take the quiz.

Central Lubavitch Organization has arranged short daily video to see the different areas in the Beis Hamikdash in a clear visual presentation.

Every chossid is looking for ways to fulfill the Rebbe’s request that we should learn about the Beis Hamikdash during the Three Weeks.

The Midrash Tanchuma (Vayikra 14) relates that when Hashem told the Navi Yechezkel to instruct the Jewish people — who were in Golus — about the design of the future Third Beis Hamikdash, Yechezkel asked, “Is there anything they can do about it? Let them be until they return from Golus. Then, I will go and inform them.”

But Hashem responded: “Should the construction of My House be ignored because My children are in Golus? Studying the design of the Beis Hamikdash can be equated to its actual construction. Go tell them to study, an as a reward for their study and their occupation with it, I will consider it as if they actually built the Beis Hamikash!”

In addition to the shiurim in the local Crown Heights shuls that the Central Lubavitch Organization has arranged, there is also an option to watch a short daily video to see the different areas in the Beis Hamikdash in a clear visual presentation.

This series was produced by Rabbi Chananya Hoffinger, who specializes in creating visual presentations to help students in their learning. Each video is 3-5 minutes long and explains one or more aspects of the Beis Hamikdash. To make the measurements more relatable, the various dimensions are superimposed on areas in Crown Heights and in the context of 770. With the focus on the details of the structure, you walk away with tangible information.

Join the WhatsApp group to receive the new video and quiz each day: https://chat.whatsapp.com/Dpqsxsc7QIkKX7gokcBqqF

Last year, over 1200 people joined the groups and the videos were viewed on YouTube a few thousand times. Many people reported how the videos were the perfect way for them to gain an understanding of the Beis Hamikdash’s structure, and the modern-day equivalents made it so much more relatable.

The videos and quizzes can also be accessed at Beishamikdashacademy.com