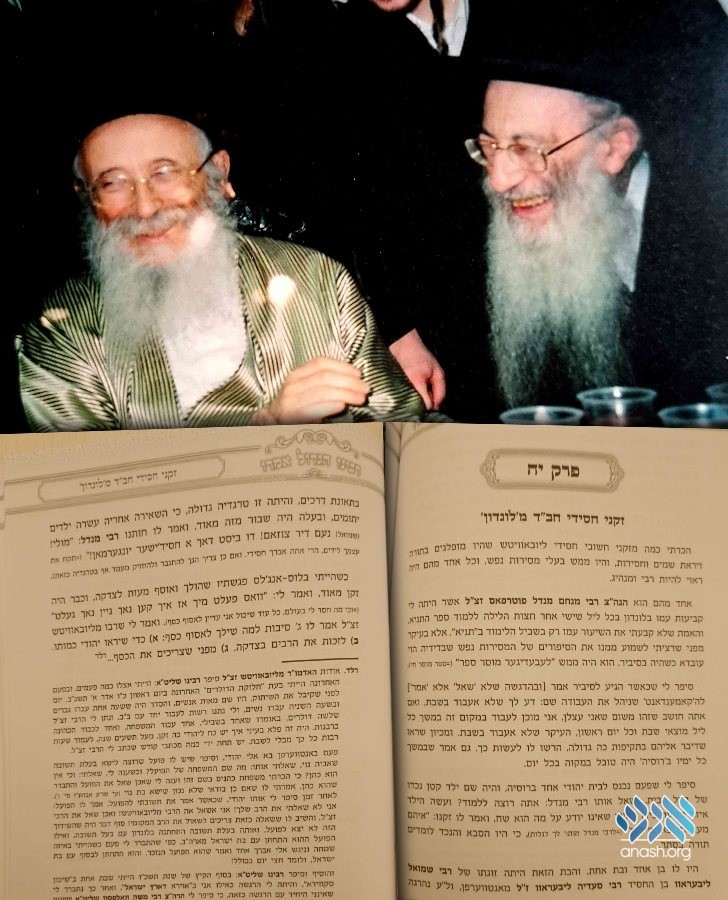 Harav Tuvia Weiss, the Gaavad of the Eida Hachareidis who passed away last week, records fond memories and deep respect for the Rebbe and prominent Chabad chassidim in London, Manchester, and Brunoy.

Harav Tuvia Weiss, the head of the Eida Hachareidis who passed away last week at the age of 96, maintained a special connection with prominent Chabad chassidim.

In the book of Harav Weiss’s memories, “Rabbeinu Hagodol Amoroi,” he dedicates an entire chapter to his recollections of Chabad Chassidim that he knew in London, Manchester, and Brunoy. He also records some interesting stories of the Rebbe, including his own visit to the Rebbe on 26 Adar I 5752, the day before the stroke.

When he resided in London, Harav Weiss had a strong relationship with R’ Mendel Futterfas, who lived there after leaving Soviet Russia. Harav Weiss established a kvius to learn Tanya with Reb Mendel every Thursday night. He shares that his intent in learning specifically with Reb Mendel was to hear from him his own stories of mesiras nefesh, being a “lebediker mussar sefer.” He records several stories about Reb Mendel.