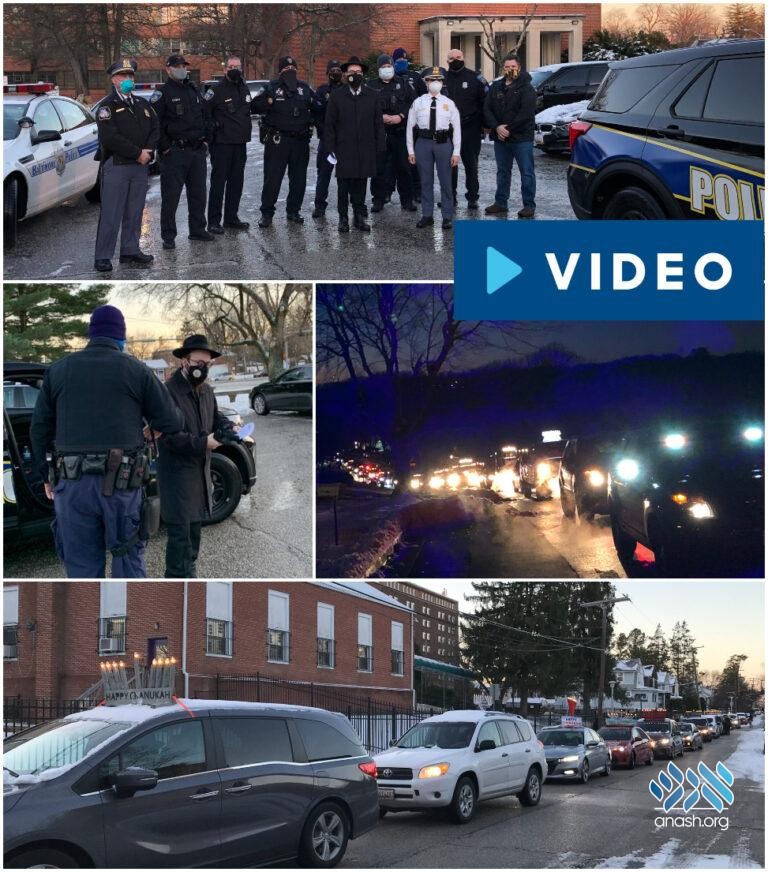 With so many Chanukah festivities canceled, the Baltimore community was looking forward to the annual menorah car parade. But when one obstacle after the next arose, it seemed it would have to be canceled as well…

This year, with so many Chanukah festivities needing to be canceled or altered due to the Coronavirus Pandemic, the Baltimore Community was looking forward to one highlight of Chanukah that was safe and Covid-friendly, the Menorah Car Parade.

Yet as the date of the scheduled event drew near, it was apparent that it could not take place on the 7th night of Chanukah as planned, as a big snowstorm would be arriving instead.

Not wanting to give up, the parade was postponed to the 8th night.  Yet, once again challenges arrived. The route would need to be modified. It would not be safe to do the parade after nightfall. Once more a change of plans occurred: Menorah parade is moving up! It would be starting an hour earlier than scheduled- in just 2 hours’ time!

Although email and text notifications were sent out, would everyone get the notice in time?  The organizers hoped that at least half of the original cars would be able to join on the new date and time. Despite all the changes, it was one of the biggest Parades yet!

Over 75 Menorah topped and Police vehicles paraded through Northwest Baltimore and Baltimore County led by Baltimore City and County Police Departments, spreading the light and joy of Chanukah. Baltimore County’s first Jewish and female Police Chief, Melissa Hyatt joined in the Parade and 100’s of people came out of their houses to watch the parade pass by.

One of the spectators noted: “Every year the Parade passes my house and I am so grateful we live in this large community. But this year it hit differently, and I find myself so moved by the lights and music you filled my home with as you passed.”

The parade was organized by Baltimore Shliach Rabbi Chesky Tenenbaum, director of Jewish Uniformed Service Association of Maryland, and Chabad Centers of Baltimore with the assistance of Rabbi Shmuel Kaplan, Regional Director of Chabad of Maryland.

The parade was made possible through the coordinated efforts of Baltimore City and County Police Departments.