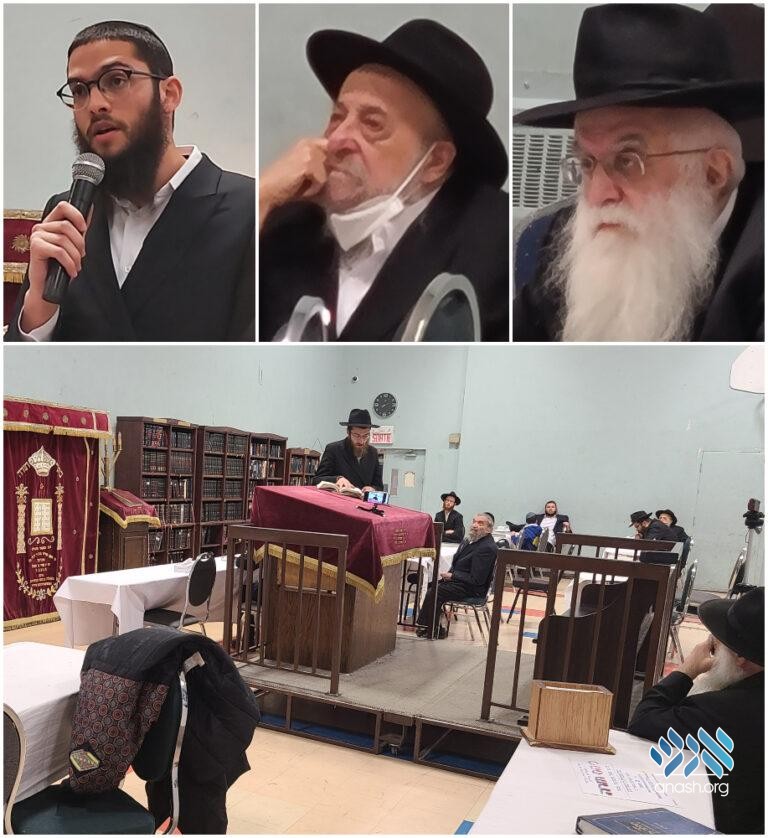 Right before Pesach, the laws in Quebec changed to allow 250 people in shul, instead of merely 10 as up until then, allowing Yom Tov tefillos and a Chol Hamoed Kinus Torah to be held.

The frumme communities of Montreal breathed a sigh of relief Erev Pesach, as they heard of the newest change to the government’s restrictions on gathering due to the coronavirus.

For a number of weeks, only ten people were allowed in shuls, creating much hardship for minyonim and learning. Right before Pesach, the rules changed to allow 250 people in shuls, allowing davening and other functions to be held almost as normal.

During Pesach, Yom Tov tefillos were held in the Yeshiva shul and in the other Lubavitcher shuls and Chabad Houses around the city. Many backyard minyonim were held as well, to accommodate those in quarantine after passing the border.

During Chol Hamoed, a nightly Kinus Torah was held in the Yeshiva shul. The assembled were addressed by locals and visitors, who spoke about concepts in Nigleh, Halacha and Chassidus related to Pesach.

Among those speaking were Rabbis Avraham Eskinazi, Rabbi Shmuel Shuchat, and Rabbi Chaim Baruch Teitelbaum. The Kinus Torah was also broadcast live on Zoom for those who couldn’t participate in person.