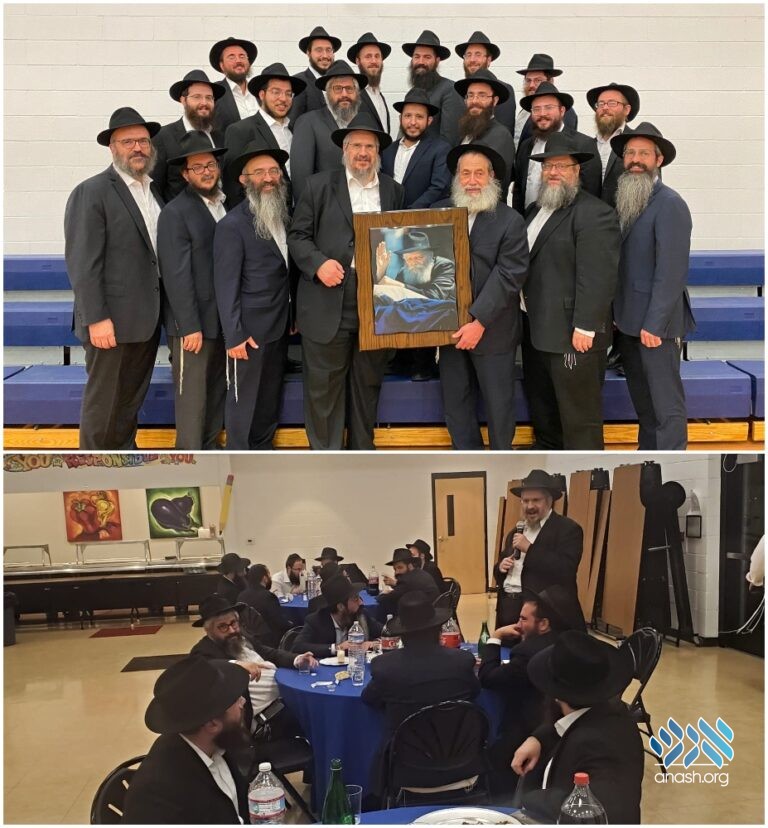 The shluchim to Las Vegas gathered on Tuesday to welcome four new couples, bringing the number of shluchim in the city up to twenty.

The shluchim to Las Vegas, Nevada, gathered on Tuesday to welcome four new couples, bringing the number of shluchim in the city up to twenty.

The four new couples, Rabbi Shneur and Chaya Wilhelm, Rabbi Binyomin and Chaya Lezak, Rabbi Shneur and Baila Polter, and Rabbi Sholom and Leah Wilansky, all moved to Las Vegas over the past few weeks, and were officially welcomed by the current shluchim at the event on Tuesday in the local Chabad school.

Rabbi Wilhelm will be serving as the assistant principal of Chabad’s Desert Torah Academy, and the Lezaks and Polters will be serving in chinuch positions in the school. Rabbi and Mrs. Wilansky will be establishing a new Chabad House in North Las Vegas. They were appointed by Rabbi Shea Harlig, head shliach to Southern Nevada.

At the Tuesday event, held in the school’s auditorium, Rabbi Harlig and the other shluchim extended their greetings and best wishes to the new shluchim, wishing them success in their new positions.