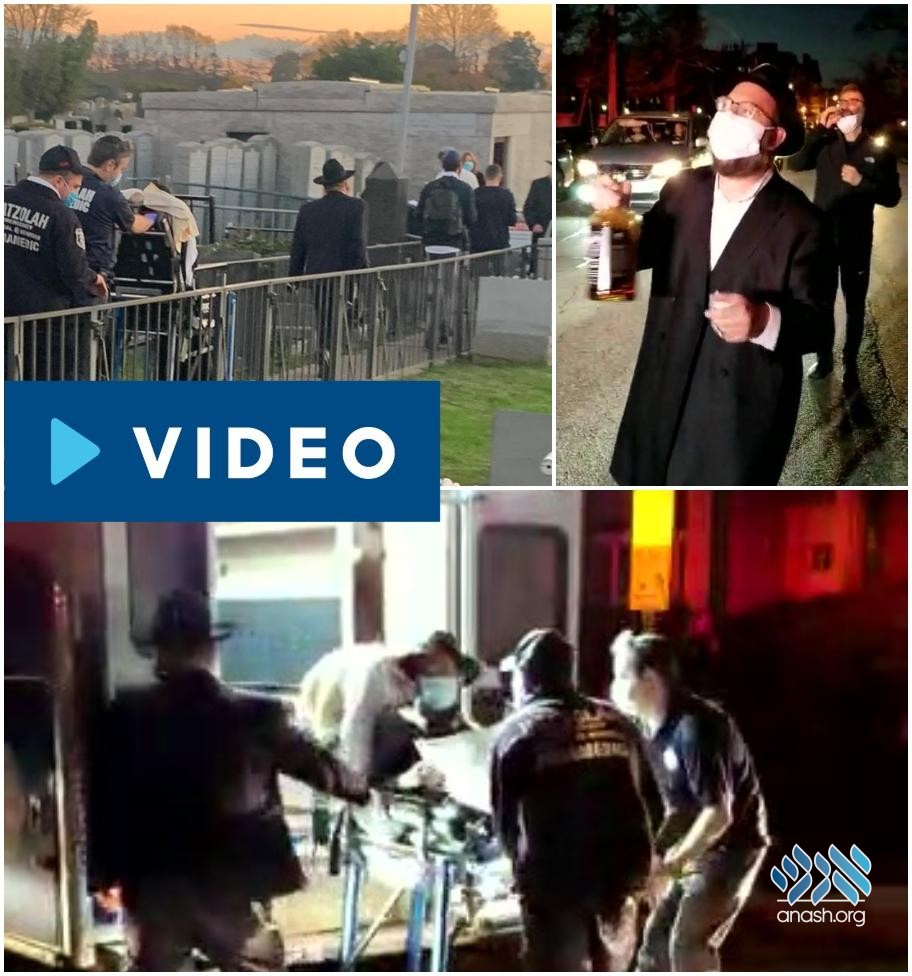 Friends and neighbors danced in the street as Yudi Dukes arrived home for the first time in eight months. Before coming home, Yudi made a stop in the Rebbe’s Ohel.

After Rabbi Yudi Dukes was released from the hospital, his first stop, even before going home, was the Rebbe’s Ohel.

Arriving at the Ohel, Yudi was greeted by friends and co-workers from Merkos 302, who broke out in a joyous dance around him. Yudi then entered the Ohel, where he wrote a pan and spent a few minutes davening.

Yudi, together with his wife Sara, then headed to their Five Towns home. There, tens of neighbors, relatives and friends were out in the streets, eagerly waiting for Yudi to arrive home for the first time in 8 months.