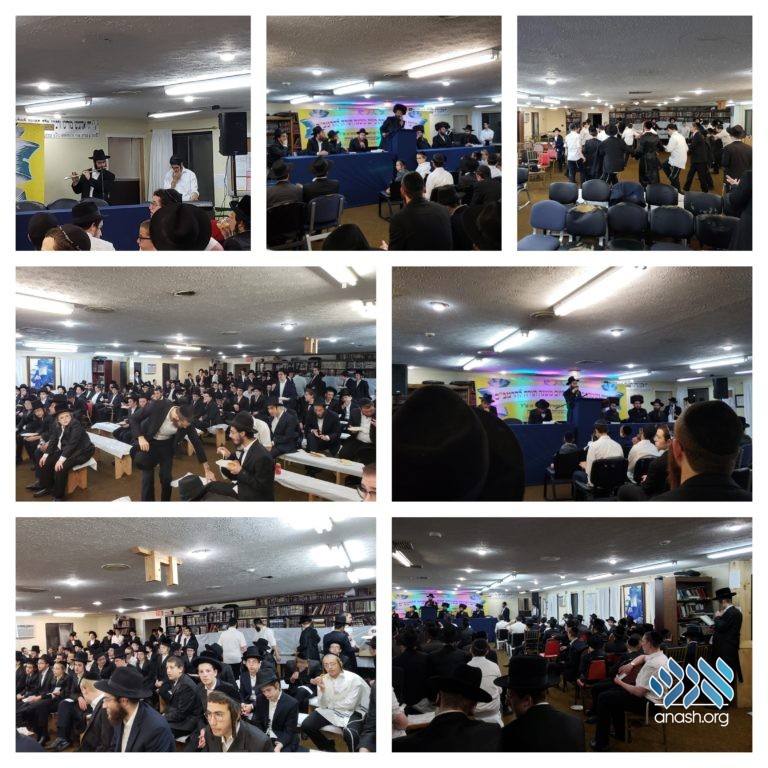 Pursuant to the rebbes hora’ah to organize grand Siyumei HoRambam, this Motzoei Shabbos Nachamu, Yeshivas Kayitz Queens joined with Camp Merkos Hachaim, a Yeshiva from Lakewood that spends their summers in the Poconos, in the yeshiva zal for a Grand Siyum Harambam and Melava Malka. Many other vacationers and attendees of other surrounding camps and vacation spots also joined, in a tremendous sense of achdus.

A beautifully prepared video of the Rebbe was shown with a few clips of Rambam sichos as well as clips of nigunnim by farbrengens with the Rebbe.

Rabbi Aaron Yehoshua Brecher, Director of Camp Merkos Hachaim made the haschala of the 39th cycle and spoke about just like the Rambam made a likut/kibbutz of the whole Torah, so too The Rebbe makes a kibbutz of all yidden through all the shluchim and how suitable it was for the Rebbe davka making the takana.

Rabbi Benzion Heisenfeld, a Rebbi in Camp Merkos Hachaim spoke about “MiMoshe Ad Moshe lo Kom K’Moshe,” that the Rambam and Moshe had the neshoma of Moshiach.

A raffle then followed; three lucky winners walked away with a set of “Chish” Rambam L’am.