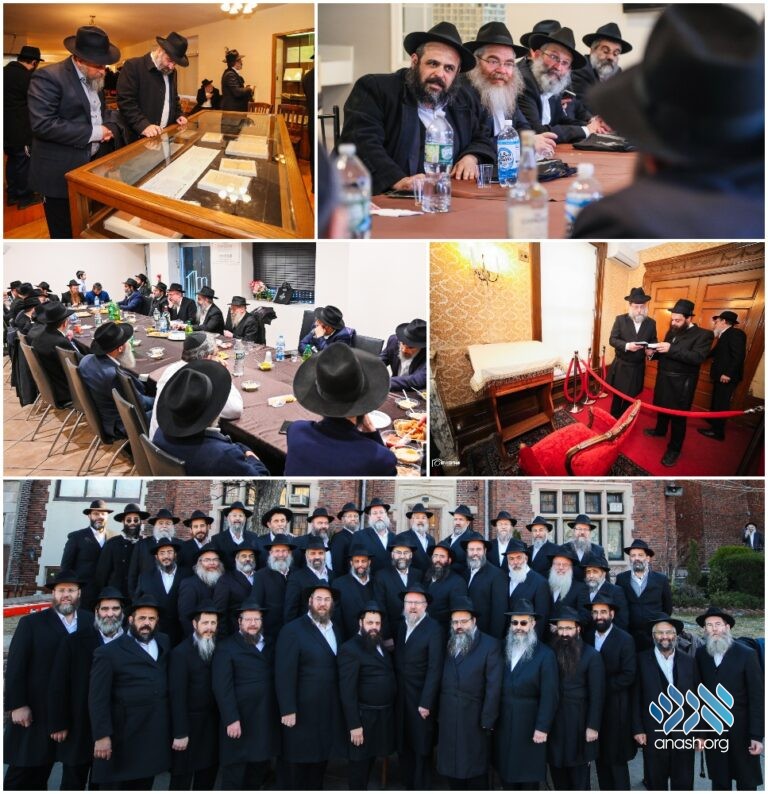 30 years after they traveled from Eretz Yisroel to spend a year learning by the Rebbe, alumni of Kvutzah 5752 gathered in Crown Heights for a Shabbos Achdus weekend to farbreng and relive the special moments.

30 years after they traveled from Eretz Yisroel to spend a year learning by the Rebbe, alumni of Kvutzah 5752 gathered in Crown Heights for a Shabbos Achdus weekend to farbreng and relive the special moments.

Each year since the mid-5720s, a group of bochurim from Chabad yeshivos in Eretz Yisroel would travel to New York to spend a year studying in 770, basking in the holy presence of the Rebbe for an entire year. The group, called ‘kvutzah’ would stay from Elul through the next Tishrei, making the most of their once-in-a-lifetime opportunity.

The alumni of the 5752 kvutzah gathered this past weekend in Crown Heights to visit 770, the Ohel, and daven, learn and farbreng together.

The weekend began with a visit to the Ohel and mincha in 770 on Thursday, followed by a shiur in Kuntres Beis Rabbeinu Shebibovel, which was edited by the Rebbe in 5752.

Later that night, the group gathered for a farbrengen marking the birthday of two alumni, joined by Rabbi Moshe Klein, Rabbi Chaim Boruch Halberstam, and Rabbi Yankel Chazan, who farbrenged for many long hours.

On Friday, the group davened shacharis in the Rebbe’s room in 770, followed by breakfast and a tour of the Rebbe’s library with Chief Librarian Rabbi Sholom Ber Levine. In the afternoon, participants joined together for a group photo outside 770, and then davened mincha in the Rebbe’s home on President St.

The 24 hours of Shabbos were spent in 770 and the Eshel Hotel, davening, learning the Rebbe’s Torah and farbrenging for hours on end, remembering the special time they spent with the Rebbe and recounting some of their personal memories. Motzei Shabbos, a grand melave malka and farbrengen was held in the Eshel Hall.

Sunday began with Chassidud and shacharis, followed by a group visit to the Rebbe’s Ohel in Queens, where they wrote a pan kloli on behalf of each participant, with special tefillos for their classmate and fellow kvutzah member Rabbi Yossi Wolff, shliach to Kherson, which is currently occupied by the Russians.