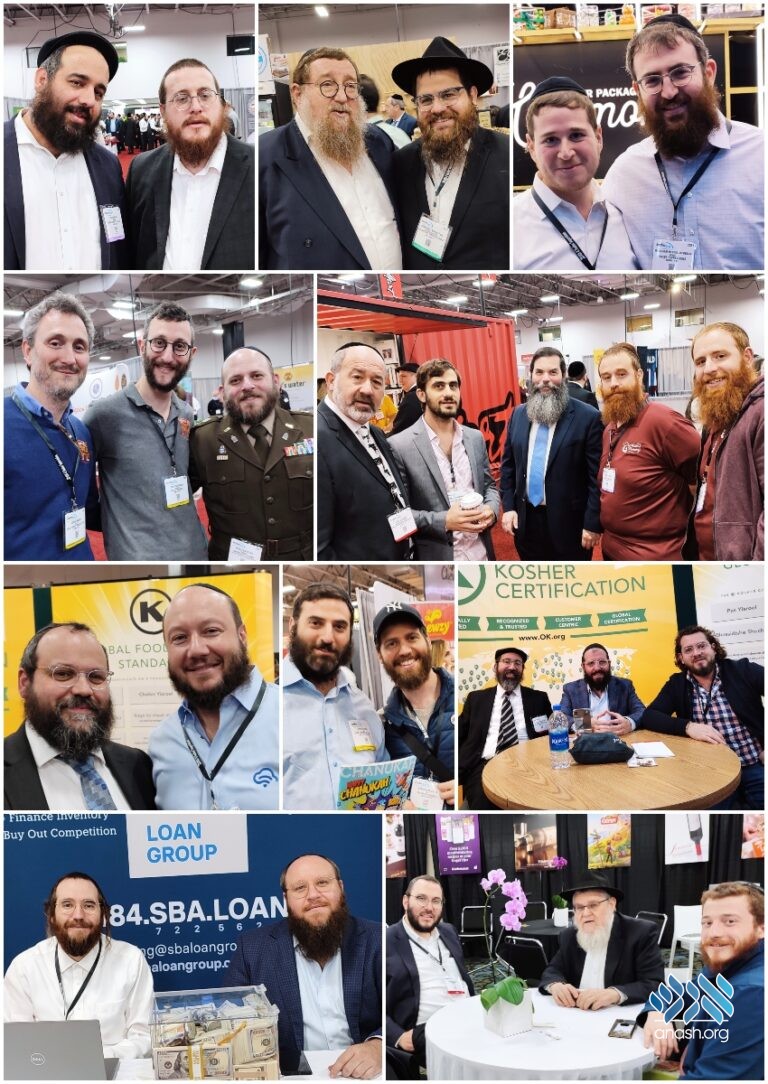 More than 6,000 industry professionals are expected to attend the 2-day event where nearly 300 exhibitors featured their kosher-certified products and services. The fair is largely considered a showcase for food trends and innovations in the kosher food industry.

The 32nd Kosherfest expo returned this year after a one-year hiatus caused by the covid-19 pandemic. Many merchants and industry leaders including a large crowd of Lubavitcher entrepreneurs, flocked to the exhibition.

Despite the unprecedented supply chain issues, and labor shortages, the Kosher food industry has thrived since Kosherfest 2019. This year’s expo will feature a plethora of new products, many of which will receive awards for being named the best in their category at the show.

Despite some travel restrictions in many nations, representatives attended from eight countries, including the Czech Republic, Israel, China, UK, Dubai, South Africa, Karachi, and Mexico.

Kosherfest is the world’s largest and most attended kosher-certified products trade show. From chain supermarkets to corner groceries, foodservice establishments to caterers, every kind of kosher consumer can find opportunity and inspiration at Kosherfest.