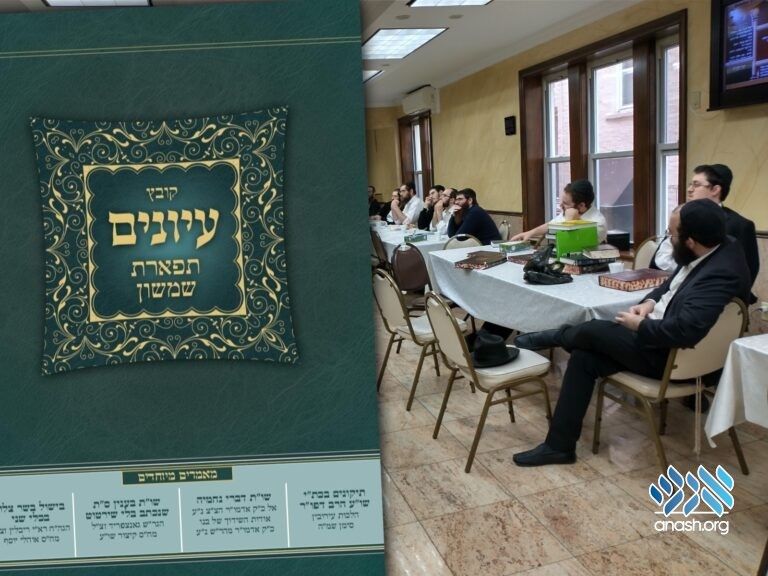 Kollel Anash of Crown Heights has released a sixth volume of the Kovetz Iyunim series. The Kovetz includes manuscripts never seen before, alongside articles from kollel members.

Kollel Anash of Crown Heights has released a sixth volume of the series Kovetz Iyunim. Up until now, the kovetz was only available in stores. The Kollel has now released an online version for the benefit of all. Previous installments of Kovetz Iyunim quickly became popular and were sought after by Rabbonim, Roshei Yeshiva and those who study Halacha.

The new volume contains seven unique sections and numerous essays. The essays mainly focus on topics associated with the halachos of Shabbos and Taharas Mishpacha. Additionally, there are separate sections dedicated to the works of Chabad Rebbes and early Chabad Chassidim.

Of notable interest is the publishing of the Tzemach Tzedek’s personal edits on his grandfather, the Alter Rebbe’s Shulchan Aruch. These handwritten edits, written on the side of the Shulchan Aruch, shed light on a complex halacha in Hilchos Eruvin which many have struggled with for decades. This halacha is especially relevant this year, as it is based on Meseches Shabbos (7b), which all Lubavitcher Yeshivas are learning this year.

*A fascinating teshuva of the renowned talmid of the Alter Rebbe, R. Nechemiah of Dubrovna author of teshuvos Divrei Nechemiah. The teshuva is written to his cousin, the Tzemach Tzedek, regarding the shidduch of the Rebbe Maharash. It is being published with explanatory notes and sources for the first time.

*A responsa from R. Shlomo Ganzfried, author of the Kitzur Shulchan Aruch, on the kashrus of a Sefer Torah which is missing sirtut, the etched line under the letters. The teshuva is written to R. Yehuda Greenwald, author of teshuvos Zichron Yehuda.

*An exchange of Torah letters between R. Avrohom Osdobo, member of the Crown Heights Beis Din and R. Eliezer Zirkind z”l, famed Sofer Stam. The letters discuss the position of the name of Hashem written on the outside of a Mezuzah. The exchange digresses into a general discussion, as to whether we follow rulings of Kabbalah when they are at odds with halachah.

*In the section on Chassidus topics, we find two in-depth essays by Rabbi Moshe Gourarie, associate editor of Chassidus Mevueres on Tanya, on ideas the Alter Rebbe explains in Chapters 43-44 of Tanya.

A special thank you to R. Avrohom Berns of Crown Heights for sharing treasures from his rare collection of manuscripts and seforim “ותהא משכורתו שלמה מן השמים”.

The kovetz is named Tiferes Shimshon in memory of R. Shimshon Fischer z”l, father of Rabbi Dovid Fischer, Rov of Congregation Anash and patron of the Kollel. May he and his family be gebentched with an abundance of good ברוחניות ובגשמיות.

The Kovetz Iyunim series can be purchased online, at cost price, via Amazon or Seforimplace.com (search for קובץ עיונים).