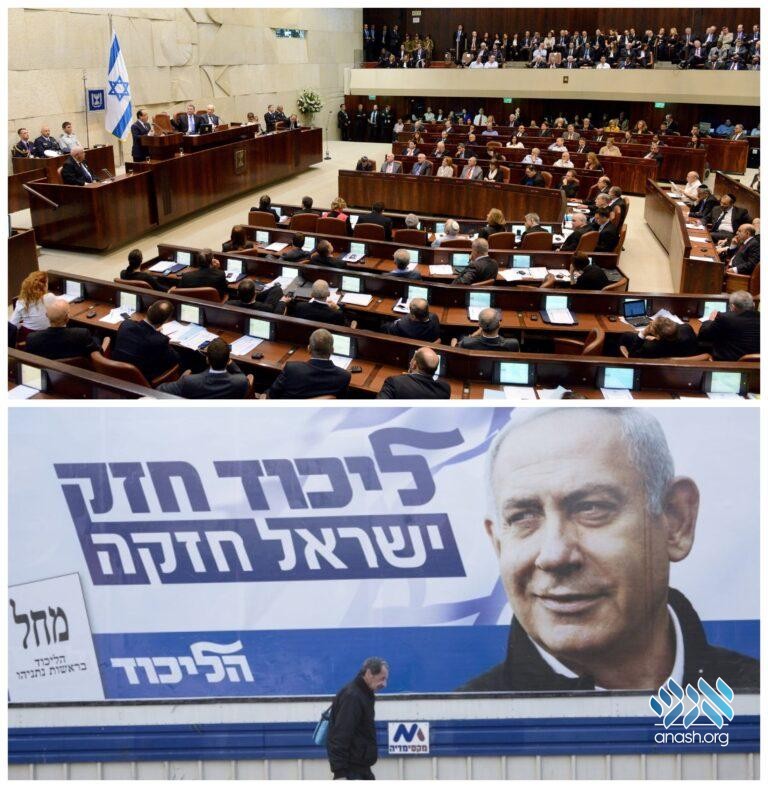 Israel is headed to elections yet again – for the fourth time in less than two years, following the government’s inability to reach a budget agreement.

Israel is on its way towards a fourth round of elections, after the Knesset was officially dissolved on Tuesday night. The dissolution comes following the government’s inability to reach an agreement and pass a budget. As it stands, Israel hasn’t had an official budget for over three years.

“I didn’t want these elections,” Prime minister Benjamin Netanyahu stated. “We voted time and time again against new elections, including last night.” According to Netanyahu, internal conflict within the Blue and White party is the cause of the current situation.

Blue and White’s leader Benny Gantz, however, placed the blame on the prime minister’s shoulders, stating that “Netanyahu is the one responsible for bringing this new election about for the sole purpose of keeping himself out of court. We joined the government last year in order to protect democracy in Israel.”

Netanyahu expressed his optimism that the Likud will win an upcoming election. “The Likud will bring about a huge victory for two reasons,” he asserted. “The first being that the majority of Israeli citizens see our accomplishments and our many achievements. We have brought millions of vaccines to the country. We have brought historic peace agreements. We have baffled and stifled the Iranian enemy. And we have turned Israel into one of the leading economic forces in the world.”