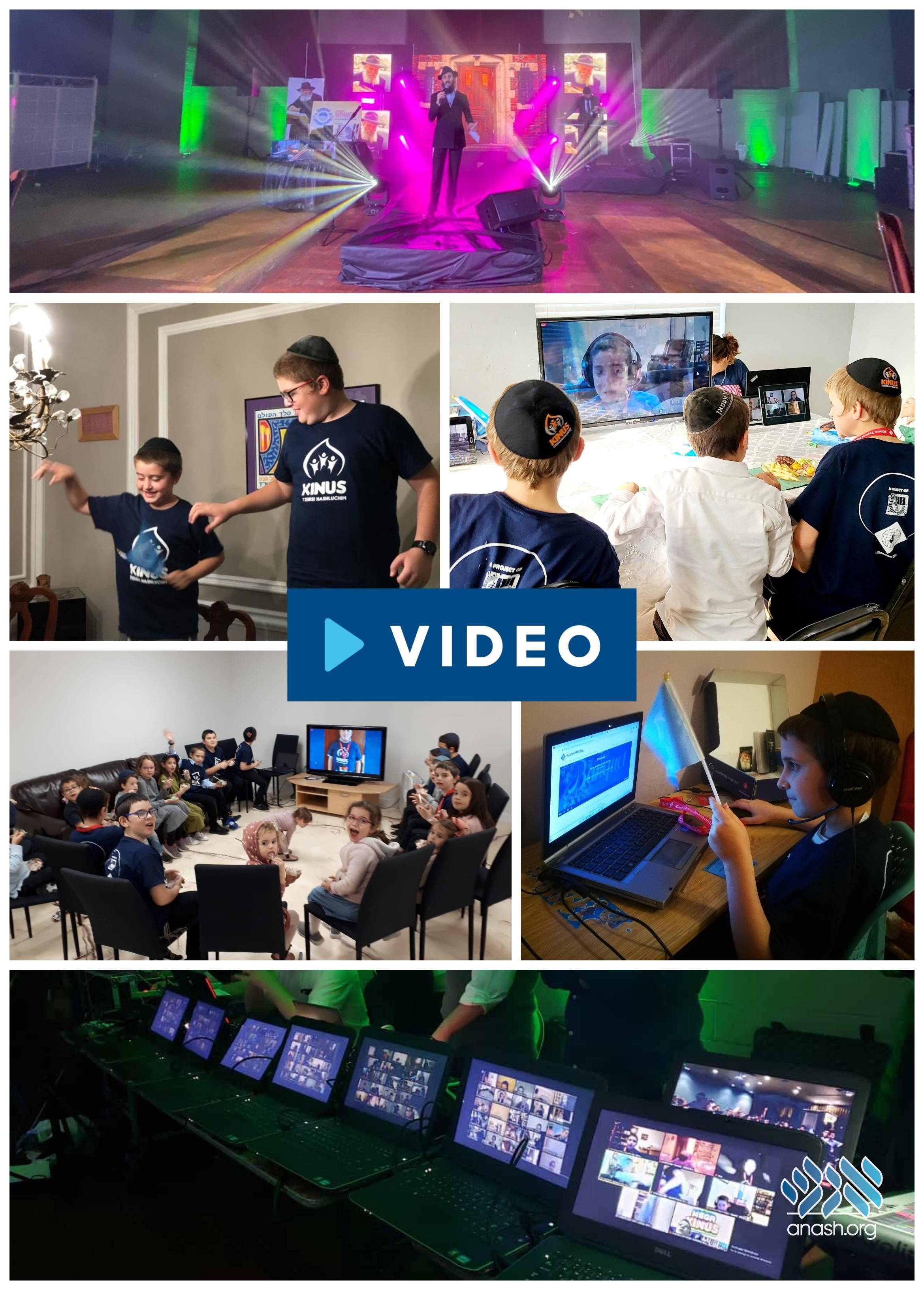 After three incredible days, over 1,500 Young Shluchim across the world joined together for the Mega Kinus Tzeirei Hashluchim banquet.

Although spread across the world, this year’s Kinus Tzeirei Hashluchim still gave every Young Shliach the same fun, inspiration and chayus to bring into their Shlichus. After enjoying three days of a packed program with interactive activities, inspiring presentations, and exciting competitions, over 1,500 logged in on Sunday afternoon for the grand mega banquet.

Beginning at 3:30 pm in NY, the banquet was scheduled so Young Shluchim from all over the world can participate. Europe joined what was for them Sunday evening, all the way to the huge delegation in Australia which enjoyed on Monday morning.

Joining in 12 different Zoom rooms with hundreds of children in each, the Young Shluchim didn’t merely watch a prepared program from their home, but were seen live on the main screen throughout the program, saying L’chaim, dancing and waving their Kinus flag when their country was called.

“We loved this year’s Kinus!” shared Mendel and Dovi Levertov, young Shluchim to Scottsdale, Arizona. “We had so much fun and even though we weren’t together with our friends, it still felt just like Kinus!”

This year’s banquet featured many highlights including video presentations with inspiration from fellow Young Shluchim and a fascinating illusion show with Ilan Smith.

“While an elaborate program was prepared for them, it was the Young Shluchim themselves who were the highlight of the event,” remarked Berel Bendet who directs the Kinus. “They shared stories of their Shlichus, said pesukim in front of landmarks across the globe, and it was their live cameras, showing them singing and dancing, that made the event spectacular.”

With a live broadcast of the boys around the world joining in the background, Eli Marcus and Boruch Sholom Blesofsky took the stage to sing all the Kinus hits. After a grand international roll call, raffles were drawn with the grand prize, a full scholarship to the Tzeirei Hashluchim Winter Camp in Lake Worth, Florida won by Mendel Kesselman young Shliach to Greenville, South Carolina.

“Just wanted to share how much my kids enjoyed the Kinus this year,” shared Rabbi Mendy Alevsky, Shliach to Cleveland, Ohio. “Thank you for all the hard work, time and effort put in, we see how the kids are uplifted and changed!”

A replay of the banquet is available at YoungShluchim.org/Banquet. Many thanks are due to the dedicated team of staff directed by Rabbi Berel Bendet and assistant director Mendy Plotkin. The event was generously dedicated by Rabbi Dovid and Gitel Fischer Leiluy Nishmas Luba Michla Bas R’ Shlomo Zarchi OB”M. The Shluchim Office and the Kinus Tzeirei Hashluchim thank them for their generosity.