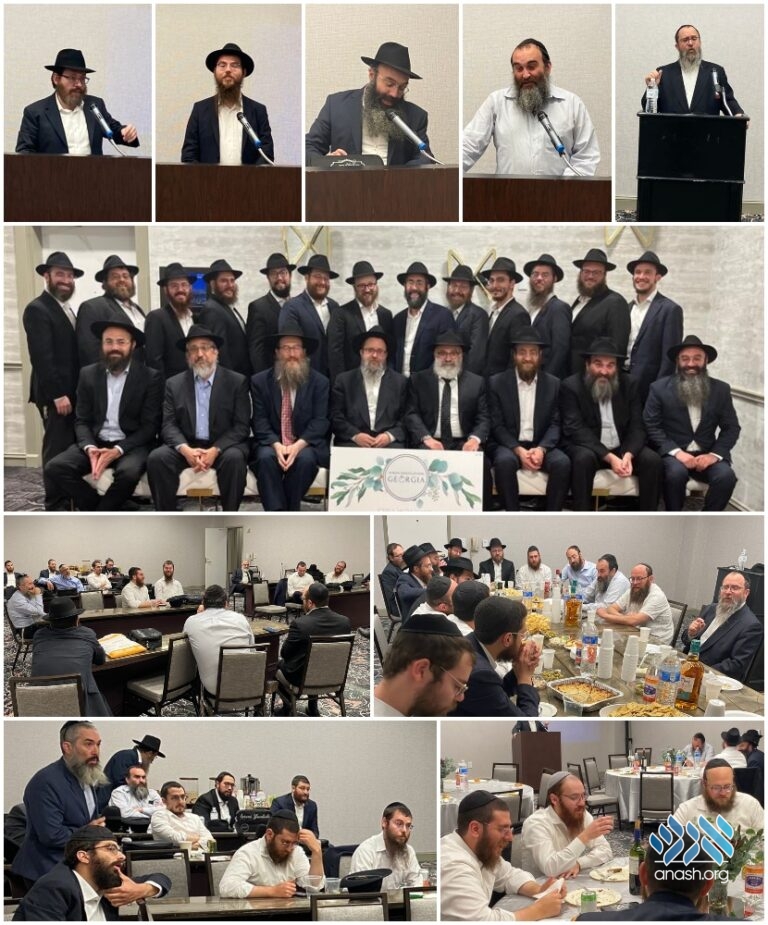 Two weeks after the Georgia Kinus Hashluchos, 30 shluchim from across the state gathered at the Hilton Hotel for a kinus of their own, featuring two days of workshops, programs and farbrengens.

Two weeks after the Georgia Kinus Hashluchos, 30 shluchim gathered at the Hilton Hotel for a kinus of their own.

The program began on Sunday, 13 Sivan, with shluchim networking, learning and farbrenging together into Monday morning.

The kinus was organized by Chabad of Georgia, under the leadership of Head Shluchim Rabbi Yossi and Dassie New, and generously sponsored by Mr. Ian and Mrs. Carol Ratner of Sandy Springs.

Rabbi Mordechai Farkash flew in from Bellevue, Washington to talk about unique halachic questions that can arise up on shlichus and stayed through the night to farbreng with the group.

During dinner and breakfast, shluchim shared stories and offered advice based on their experiences and challenges in their own cities. During networking sessions, they shared names and contacts of balebatim and businesses in their neighborhoods that could be helpful to one another.

“Sharing such personal stories and resources can be a hard thing to do. There was a real spirit of achdus and ahavas achim on display,” one shliach remarked.

The shluchim also heard from Mr. Ian Ratner, who sponsored the kinus together with his wife Carol.