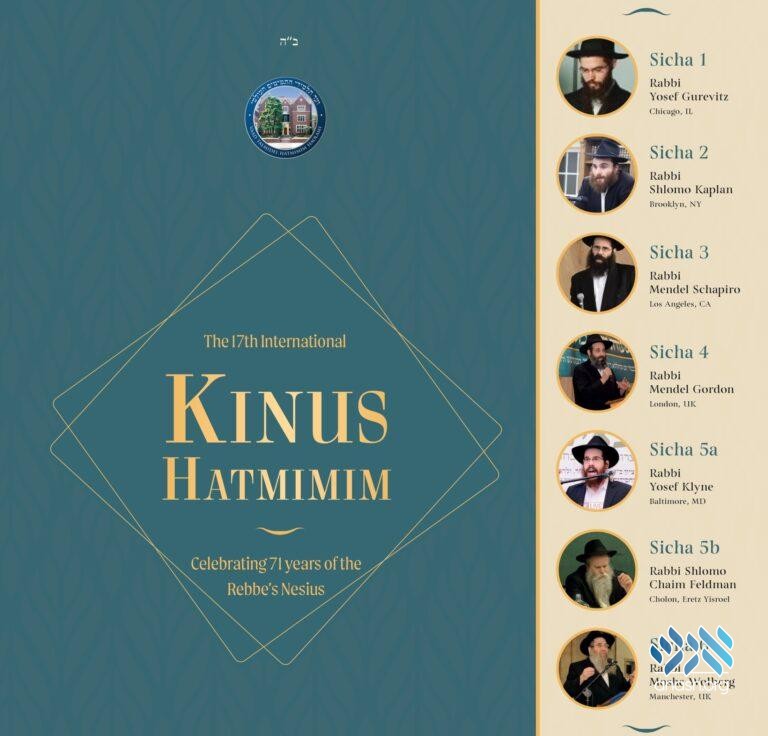 The annual Kinus for bochurim by Vaad Hatmimim will feature 7 mashpiim who will touch on the historic sichos said by the Rebbe at the first Yud Shvat farbrengen, 70 years ago.

As Yud Shvat this year draws ever closer and bochurim in Yeshivas around the world prepare themselves spiritually for the Yom Habohir, physically unfortunately many Bochurim and Yeshivas would not be able to come in person to spend time at the Rebbe’s Ohel or in 770 and Crown Heights due to covid.

Therefore, the Vaad Hatmimim has formed its annual Kinus Hatmimim to a friendly program for those joining from afar.

The program will go through the 70-year-old Farbrengen – Yud Shevat 5711, apart from each Sicha of the Farbrengen will be shown with 7 different Mashpiim speaking about on the Sicha shown and how it’s relevant to each Bochur.

The program will begin at 9:00pm EST Thursday, 8 Shevat night and will be aired live on Chabad.org/vaad and on Anash.org.