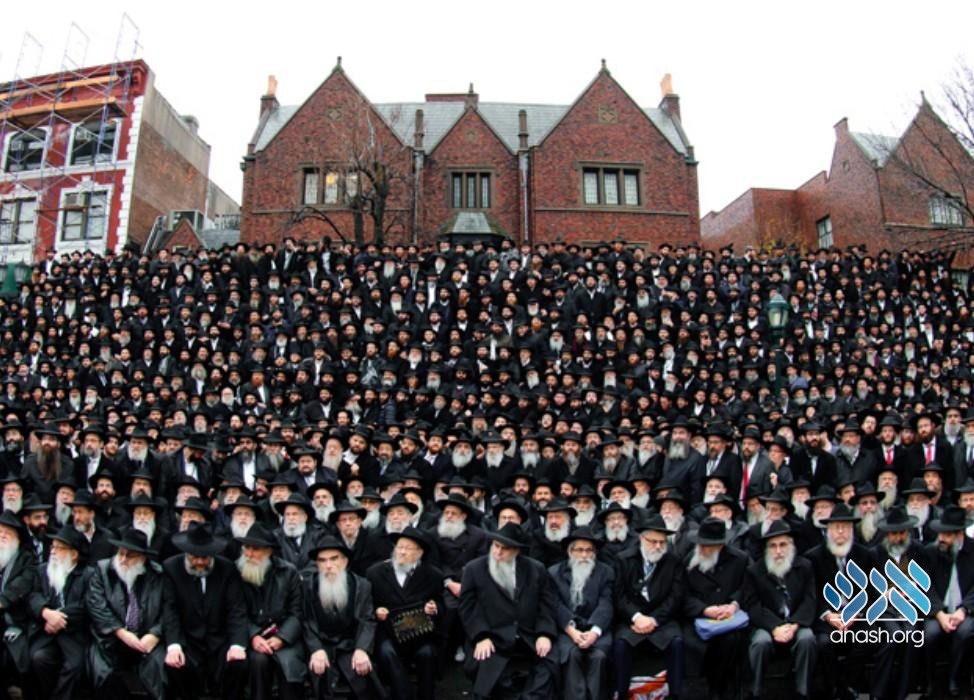 For the first time in almost four decades, the Kinus Hashluchim will not be taking place in-person, and will be moving to a virtual format instead. A full online program, including a ‘Grand Banquet’, is being planned.

For the first time since the founding of the Kinus Hashluchim in 5744 (1983), this year’s annual gathering of Chabad Shluchim from around the world will not be taking place in Crown Heights, and instead will be moving to an online format.

The move came after months of planning and exploring various options, with other options including a hybrid Kinus or even an in-person Kinus. The final decision was made after a resurgence of COVID-19 cases in New York and crackdowns by local and state authorities on recent Jewish events.

The decision was announced by Merkos Vice Chairman Rabbi Moshe Kotlarsky in a email sent to shluchim on behalf of the organizing committee of the 5781 – 2020 International Kinus Hashluchim.

It has become evident that State and City of New York health authorities will not allow any sizeable gatherings during the Kinus dates. Recent Jewish events that took place in New York City were shut down by the police resulting in serious repercussions for the Jewish community,” he wrote in the email sent out on Tuesday.

He also noted that Crown Heights doctors have advised out-of-town visitors not travel to the community due to the a concerning uptick in coronavirus cases.

Therefore, we are notifying Shluchim, that this year’s Kinus will not be in person and will be entirely virtual. There will not be any in person programming, meals or hosting,” Rabbi Kolarsky wrote.

The Vaad Hakinus requested from Shluchim, that even those that are able to travel to New York, should not do so during Kinus dates to avoid any potential of a Chilul Hashem or Chilul Shem Lubavitch.

In lieu of the annual programs, workshops and Ohel visit, the virtual Kinus program will feature an exciting array of keynote speakers, greetings from world leaders, vignettes of Shlichus across the world, practical and informative breakout sessions, farbrengens with thousands of Shluchim in participation, highlights from previous Kinusim and entertainment.

The highlight of the Kinus will be an online “Grand Event” on Sunday evening which will have a similar format to the world-famous annual banquet.

Both the “banquet” and the Motzei Shabbos Melave Malka, another annual highlight, will be structured as a Farbrengen which will begin in Australia and move its way across time zones until all Shluchim will be in participation. The Vaad Hakinus suggested to shluchim, that in the spirit of sheves achim gam yochad, they try to join with other shluchim in their area for either of the events.

We are hopeful that in the near future the world will heal from the COVID-19 pandemic, global lock-downs will be lifted and we will once again be able to gather in large numbers.  When that happens, the Kinus will plan a weekend where Shluchim will be able to get together in Crown Heights, go the Ohel and farbreng together,” they wrote.

“The times we live in and the difficulties all of humanity is experiencing can only be understood as the birth pangs of Moshiach,” the Vaad wrote. “It is our sincere hope and that we speedily merit to the complete and ultimate redemption when we will have the ultimate, in-person Kinus HaShluchim with our Meshaleach in Yerushalayim.”