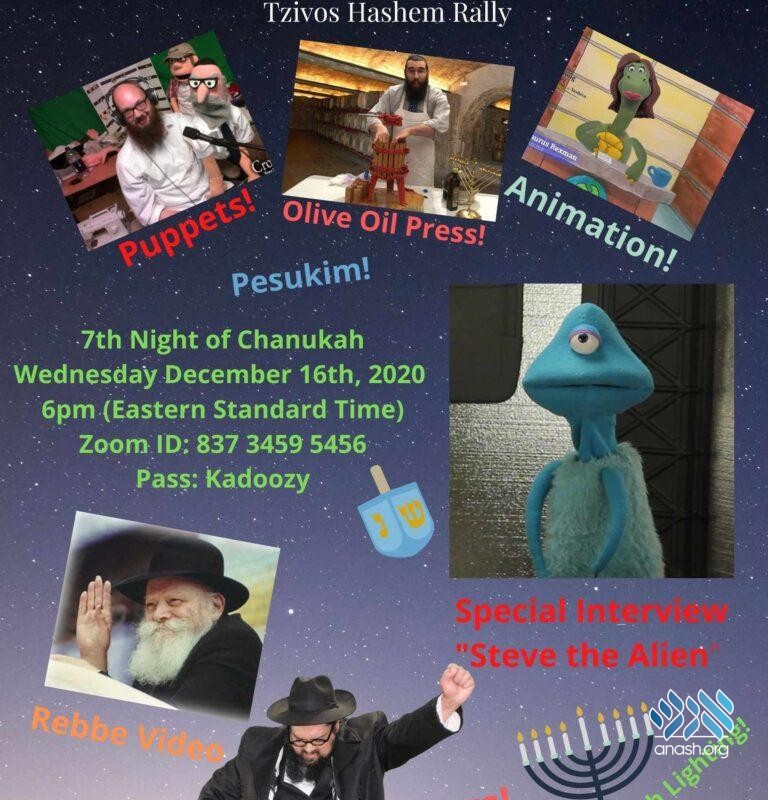 Lubavitch Center of Pittsburgh, under the leadership of head Shliach of Western Pennsylvania, Rabbi Yisroel Rosenfeld, is organizing a zoom Tzivos Hashem rally and public menorah lighting this Wednesday night, the 7th night of Chanukah.

The event is organized by Shliach Rabbi Chaim Itkin and is being co-hosted and co-produced by Producer and Chabad Singer Mendel Markel and Filmmaker, Puppeteer and animator Dovid Taub, creator of Itche Kadoozy. The rally will include pesukim, Tzivos Hashem missions, puppets, animations, olive oil factory and more.

In Pittsburgh, like in many other places, the on going pandemic limits the opportunities for children to get together as in usual years. As an alternative, Rabbis Rosenfeld and Itkin reached out to Markel and Taub with the request to create a fun Zoom event for the Pittsburgh children, and to ensure that there is a constant increase in spreading the light of Chanukah and in the excitement of the children to accomplish their Tzivos Hashem missions and participate in rallies to bring Moshiach now.

While the event is being produced with the Pittsburgh chapter in mind, it is open to children from other areas as well, who wish to participate in this fun online Tzivos Hashem rally.