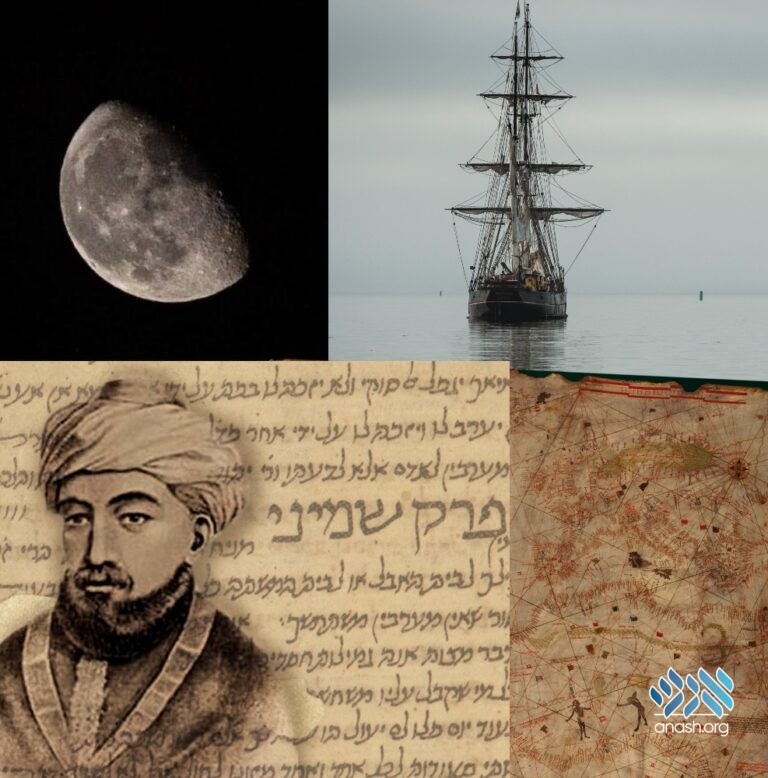 What is the connection between the Rambam’s Hilchos Kiddush Hachodesh, which is being studied currently, and Columbus’ discovery of America?

What is the connection between the Rambam’s Hilchos Kiddush Hachodesh, which is being studied currently, and Columbus’ discovery of America?

In the sicha of Yud Beis Tammuz 5745, the Rebbe spoke about the study of Kiddush Hachodesh, which is once again being studied by thousands of Yidden around the world in the framework of the Rebbe’s takanah of limmud harambam.

While discussing the Rambam, the Rebbe digressed and began discussing another Jewish scholar who was also an astronomer, and whose students helped the crew of Christopher Columbus as they set out on their journey, which eventually led to the discovery of America.

The sicha, which was chosen as today’s ‘Sicha Yomis’ – Daily Sicha, will be played in shuls, camps and homes around the world.

Over the past decades, countless chassidim have taken ten minutes out of their day to listen to the Daily Sicha, which selects a ten-minute clip of the Rebbe’s sichos which are relevant to that day. The Daily Sicha also provides transcripts of the sicha in Yiddish and Lashon Hakodesh, allowing the listener to follow along with the Rebbe’s voice.

Just recently, the Daily Sicha launched in English as well, providing a daily transcript of the sicha translated for English speakers, allowing many more chassidim to utilize the wonderful program and connect to the Rebbe every day.

Click here for more options, including the Daily Sicha App, and WhatsApp group.