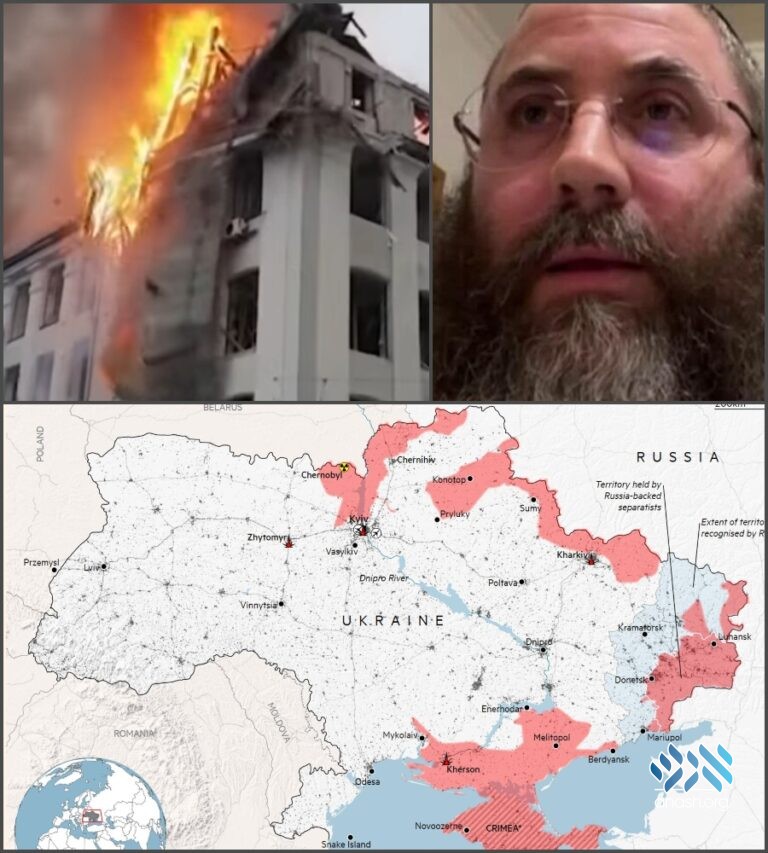 Russian forces have taken control of Kherson, a city in southern Ukraine with a sizable Jewish population. Shliach Rabbi Yosef Yitzchok Wolf said they will leave if a humanitarian corridor is established.

A week after launching its invasion of Ukraine, Russian forces took control of the first sizable city on Wednesday, seizing Kherson, in the south, as fighting raged around the country.

Kherson’s Chief Rabbi, Rabbi Yosef Yitzchok Wolf told the media Wednesday that there are hundreds of Jewish families still in the city and many more in the rest of the district.

“The story is that the Russians are here. What worries us most is the wellbeing of the Jews, that everything will be fine with them, and no one will be harmed,” Rabbi Wolf said in an interview hours after Moscow’s capture of the southern Ukrainian city.

“We are examining the possibility of leaving here with members of the community, but only in the event that a humanitarian corridor is established, without it, we will not take any risk, God forbid. In the meantime, we are here,” he said.

Despite claims by Ukrainian officials that the city has not fallen, Rabbi Wolf confirms that Russian forces have taken the provincial capital.

“I get videos of our friends, community members, who are in all sorts of places in the city. Yes, the Russians are clearly on the streets, in the city center, with a lot of tools, armored vehicles and tanks,” he said.

The Russian defense ministry said that Russian troops have taken full control of Kherson, including “civil infrastructure, life support facilities for population and urban transport [that] operate on a daily basis.” A defense ministry spokesperson added that the city “does not experience shortages in food and essential goods.”

Kherson would be the first large Ukrainian city to be occupied by Russia since the invasion began six days ago.