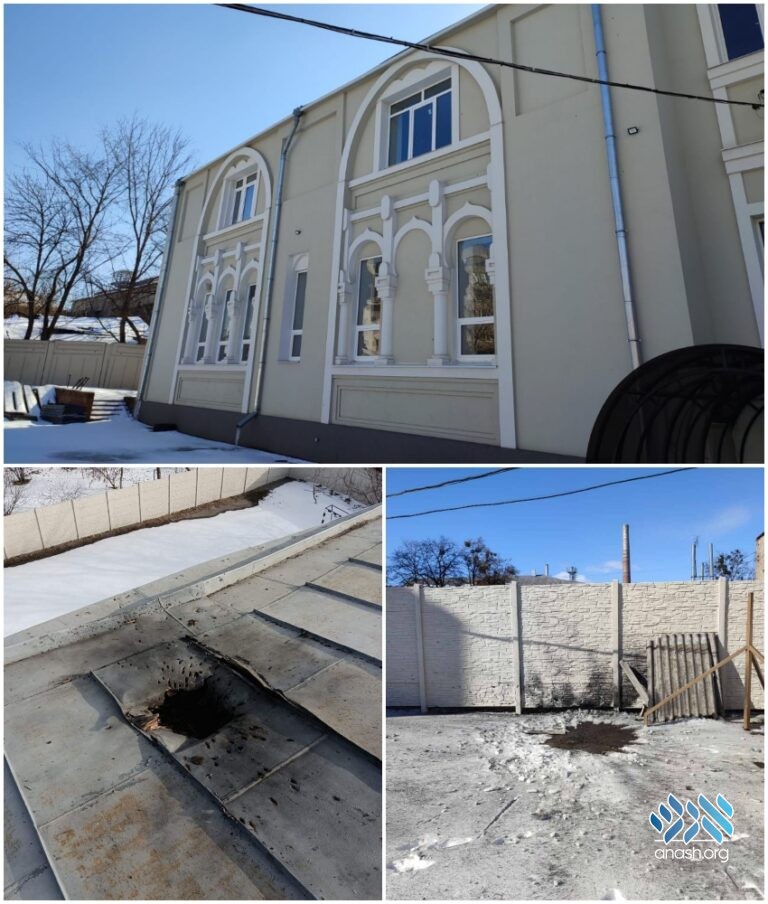 A rocket attack hit directly into the Yeshiva building of the Kharkov Jewish Community, on Tuesday morning, causing significant damage to the building and surrounding area.

A rocket attack hit directly into the Yeshiva building of the Kharkov Jewish Community, on Tuesday morning, causing significant damage to the building and surrounding area.

The Yeshiva building is the community’s second shul that is also used for the boys school and dormitory. There are no reported injuries in the attack.

Kharkov, Ukraine’s second-largest city, has been under constant bombardment and the main shul on Pushkinskaya St and the kindergarten and school have been damaged by nearby explosions.

In response to the attacks, Rabbi Moshe Moskovitz, Chief Rabbi and shliach to Kharkov said “Despite the attacks on our institutions, the direct hit today on the Yeshiva and the windows of our main synagogue and the kindergarten that were broken from the bombings nearby, we will in the first opportunity renovate and restore and expand all our buildings and programs more than ever before.”

Rabbi Moskoviitz says that he is continuing to help evacuate people daily in addition to giving shelter and food to those who have moved into the shul. He is also sending daily hot meals and medicines to the elderly and needy who are trapped in their homes.

To take part in this mitzva and to help the Kharkov Jewish Community please donate here jewishkharkov.org/donate