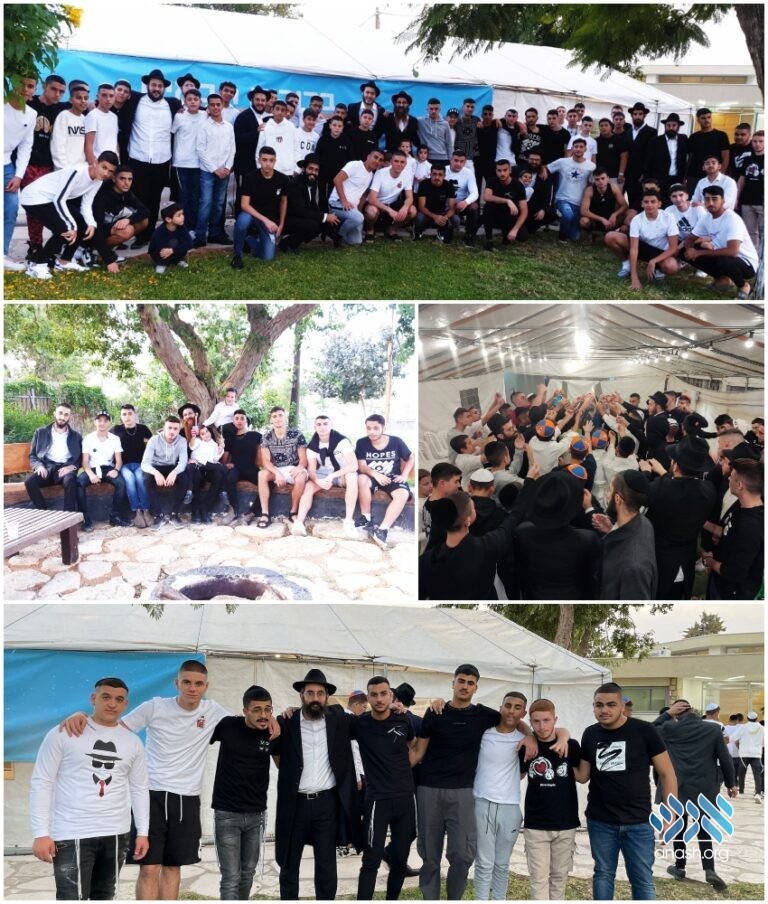 Dozens of teenage boys experienced an uplifting Shabbos at the CTeen Shabbaton in Kfar Chabad, with songs and chassidishe stories lasting late into the night.

On Friday, dozens teens gathered at the Midreshet Mayanotecha campus in Kfar Chabad to experience a chassidishe Shabbos full of learning and inspiration.

The boys, who are members of various CTeen branches across Eretz Yisrael, arrived together with their shluchim and were amazed by the beautifully prepared event that awaited them, from the comfortable accommodations, delicious and plentiful meals to the inspiring and lively farbrengens.

Tefilos were held in the beautiful shul on campus with a well-known chazan who was invited to join them for davening and meals.

After the Shabbos seudah, the boys stayed on for a camp-style farbrengen with the shluchim, singing songs, nigunim and hearing chassidishe stories late into the night.

On Shabbos afternoon, they enjoyed a tour of 770, and then moved on to Mincha, learning, and seudah shlishit. By the time Shabbos ended, the boys had taken in many new exciting experiences and many hachlotos tovos that were made in those intense moments during the Shabbaton.

Rabbi Moshe Shilat, director of CTeen in Eretz Yisrael, noted that CTeen plans to place greater emphasis on Shabbatons and trips in the future, along with their other activities, in order to make up for the time that was missed due to Covid and due to the great demand for such events from the teens.