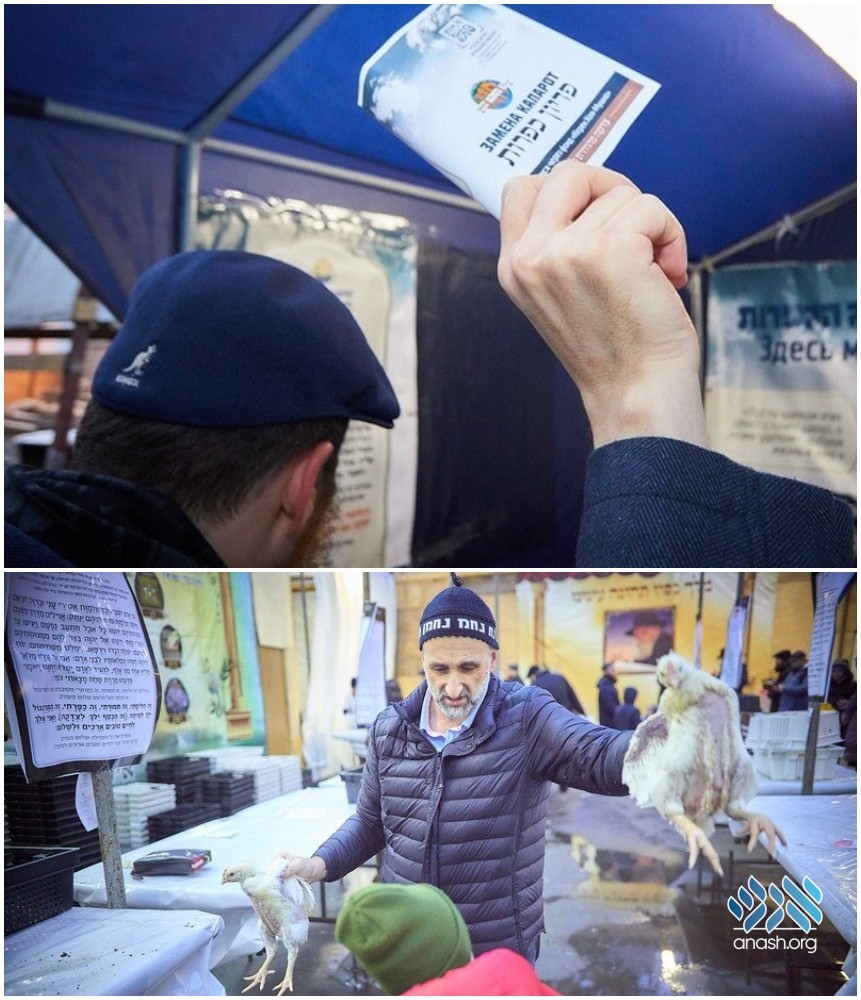 With Israel’s draconian lockdown preventing many from fulfilling the custom of Kaparos, some rabbonim came up with a novel solution, but it isn’t without controversy.

A shliach, money or a fish?

Every year on Erev Yom Kippur, yidden around the world fulfill the custom of kaparos, which involves swinging a live chicken over one’s head, then having it slaughtered and giving the chicken, or its value, to poor people. This year, however, many in Eretz Yisroel will be unable to fulfill the custom in its classic format.

With COVID-19 cases continuing to rise in the Holy Land, a lockdown was placed on the entire country, limiting gatherings and unnecessary travel. The lockdown began before Rosh Hashana and will continue until after Sukkos.

In an announcement published earlier this week, Machon Halacha Chabad, an organization founded by a group of Chabad Rabbonim, wrote that they had found a solution.

“For those who are unable to to kaparos, the best option for him is to appoint a shliach who will perform kaparos and shecht the chickens,” they wrote. “On the other hand, the [often-mentioned] possibility of doing kaparos with fish or money is not mentioned in the Arizal’s writings or in the Alter Rebbe’s Shulchan Aruch.”

The announcement quickly raised a furor. Other Lubavitcher rabbonim quickly pointed out issues they had found in both halves of the statement.

Rabbi Dovid Meir Drukman, chief rabbi of Kiryat Mozkin wrote that the concept of a shliach for kaparos was previously unheard of.

“There are certain concepts about which the poskim say that if one never saw it happen, the ‘not seeing’ itself is a proof that the custom isn’t valid,” he said. “We have never seen or heard previously, at least in Ashkenazi circles, the concept of appointing a shliach for kaparos.”

Others pointed out that in a booklet titled ‘Kiddush U’Teffilos’ edited by the Rebbe himself and printed in 5703, there appears the option to do kaparos with money. Surely, they said, the Rebbe would not print such an option if it contradicts the Arizal’s writings.