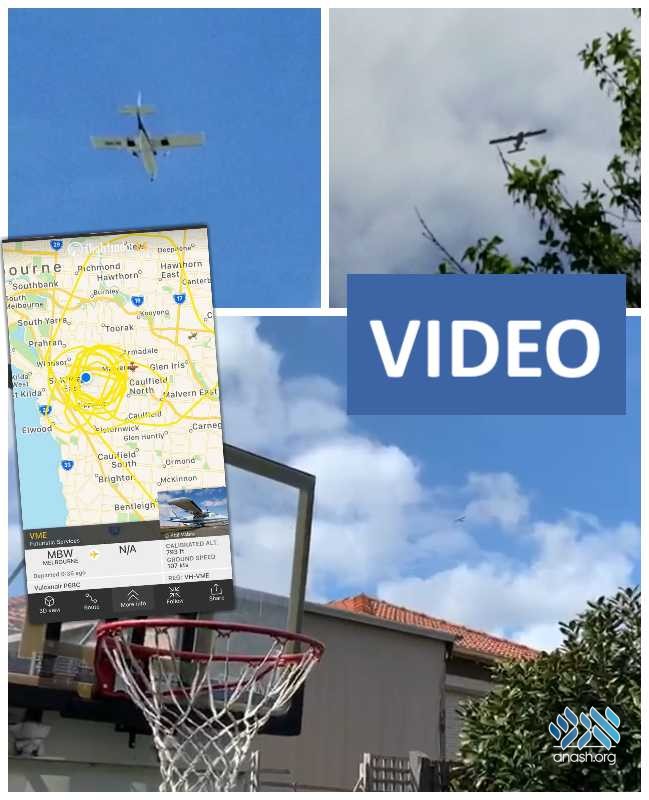 With strict lockdown in Australia, one member of the Jewish community came up with a clever way to carry out the minhag of kaparos.

Over the past weeks, the Victoria province in Australia placed one of the strictest lockdowns in the world, preventing gatherings of any size. Since kaparos would not be possible under the circumstances, one member of the Jewish community had a creative idea.

Moshe Gordon of Melbourne owns a private airplane that had been sitting unused over the past months. He decided to fly around the Jewish areas of Melbourne with a rooster and hen, allowing everyone to say the pesukim and fulfill the minhag of Kaparos.

Surprisingly, the government agreed to his plan and even gave him permission to fly at a low altitude of only 1,000 feet.

Times and locations of the flight were publicized, and the plane flew three times in a circle, while many below said the paragraph of kaparos, and gave a good chuckle.

This isn’t the first time a kaparos flyover was done. Around 20 years ago in Eilat, Israel, in response to objections to kaparos by animal rights groups, Rabbi Shimon Eisenbach arranged a flyover with chickens. The project almost resulted in a disaster when security suspected terrorism, but miraculously all ended well.