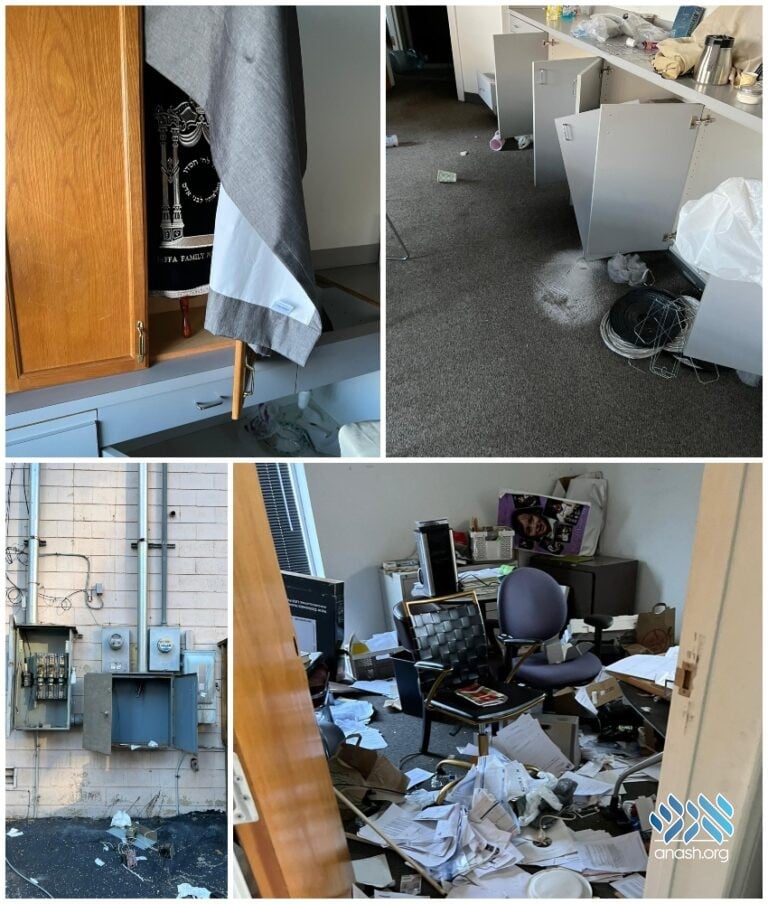 A Kansas City Chabad House was vandalized this past Tuesday, destroyed electric wires, caused water damage, and threw around books and papers.

“There is nothing more disturbing than walking into the Chabad house for an early morning Torah class and finding the place torn up,” Rabbi Yitzchak Itkin told Anash.org. “That was my reality this week.”

Kansas City police said officers responded to the scene early Tuesday after a report of someone hearing glass break and seeing a black SUV drive away from the center. Officers later tried to stop a similar vehicle but it sped away.

The Shul’s Sefer Torah and other seforim were not damaged in the vandalism, which occurred in the midst of the Chanuka.

“We’re extremely thankful that it wasn’t taken,” he said. “They clearly opened it and saw it wasn’t of value to them and left it.”

The rabbi likened the vandalism to a familiar story to the message of Chanuka.

“Chanuka is really the time, we say it’s the shortest days, the longest nights, the darkest times and the response always to darkness is not chase it away with a broom, but light a candle,” Itkin said. “For someone to try spreading a little darkness at us, the answer is waiting for us: just light another candle.”

Itkin said the center has begun a fundraising campaign to repair the damage and is seeking a temporary home for the organization.