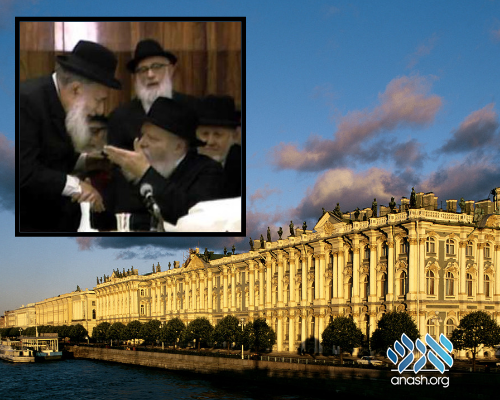 Why was Rabbi Pinchus Hishprung so impressed with the Lubavitcher Chasidim in Russia during his visit in the 1970’s? What was the message that he relayed to the Rebbe?

By The Avner Institute

At the farbrengen of 20 Cheshvan 5778 (2018) at Kfar Chabad, Rabbi Avraham Shmuel Bukiet related the following:

During the 1970s, when the Iron Curtain was firmly in place, Rabbi Pinchas Hirschprung, of blessed memory, head of the Chabad yeshiva in Montreal, planned a visit to Russia. When he informed me and the other students, I presented him with a recently published ma’amar, Chassidic essay, which had been edited by the Rebbe, to take along to Russia.

Arrived in Russia, Rabbi Hirschprung met with the local Chabad Chassidim, who asked him if he had brought anything new from the Rebbe.

“Oh yes,” he declared. He withdrew from his coat the ma’amar, which he handed over to them.

To his amazement, the Chassidim proceeded to cut out the pages and distribute them among themselves so that everyone would receive a part of the ma’amar that had managed to penetrate the Iron Curtain. This left a deep impression on the yeshiva head.

Later, in yechidus, Rabbi Hirschprung shared with the Rebbe this incident.

“This truly gave me a deeper insight into the statement of Pirkei Avos,” the rabbi said, “that the world could have been created with the power of one saying.” Here he’d witnessed how merely a single page of the Rebbe’s ma’amar had renewed vitality among his Chassidim.

With deep appreciation, the Rebbe agreed.