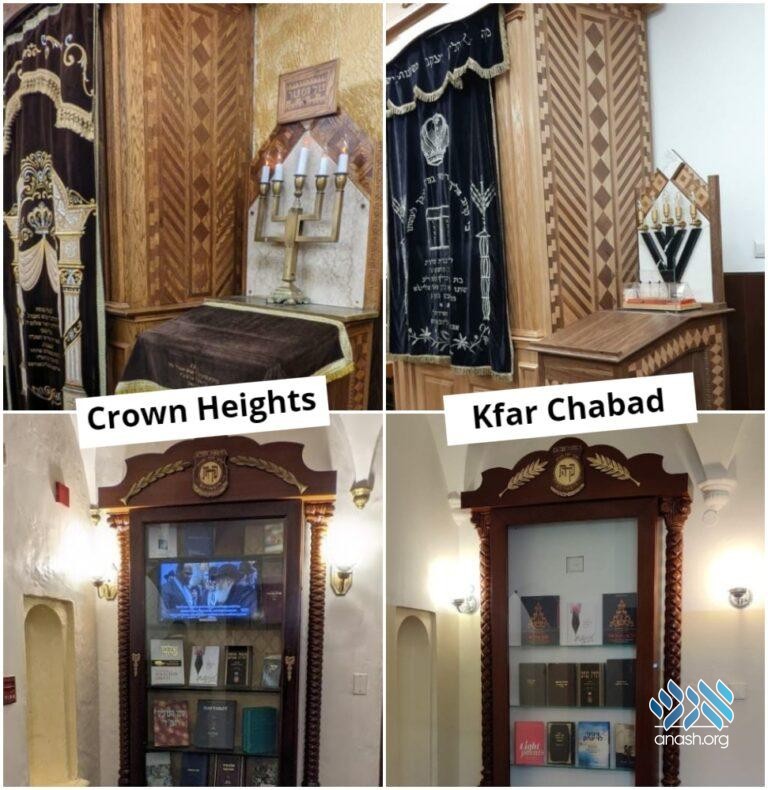 The replica of 770 Eastern Parkway in Kfar Chabad was made to look even more like the original in Crown Heights with the addition of an aron kodesh, bima, and Kehos Publications showcase.

The famous replica of 770 Eastern Parkway in Kfar Chabad, Eretz Yisroel, was made to look even more like the original in Crown Heights with a few new additions installed this past week.

The 770 replica in Kfar Chabad is the only one to be built on the Rebbe’s instructions, and is an exact replica, even using the exact same number of bricks as the original structure.

The furniture and interior design, however, do not always match the original. Most notably, for decades the room corresponding to the Rebbe’s room was a plain room, and was only redesigned to model the Rebbe’s room in Crown Heights a number of years after Gimmel Tammuz.

In recent years, efforts have been made to make Kfar Chabad’s replica look as similar as possible to the original in New York. As part as those efforts, the management of the building decided to build a new aron kodesh and bima in the shul, built to resemble those in the small zal in 770. They also added a chandelier similar to the one in 770.

In addition, a new Kehos Publications showcase was added in the lobby of the building, similar to the showcase in 770’s lobby. The new showcase will display new titles published by Kehos, as does the one in New York.